Three more men linked to a white supremacist group were charged with plotting to murder a married Georgia couple who were part of the Antifa movement, authorities said Friday, a day after three other group members were arrested on federal charges in other states.

Luke Austin Lane, 21; Michael Helterbrand, 25; and Jacob Kaderli,, 19, remained in custody Friday. All three were also charged with participating in a criminal street gang known as The Base, a collective of neo-Nazis that operates as a paramilitary organization.

The group participated in shooting drills in the Georgia mountains for what it believed was the collapse of the government and a possible race war but was infiltrated by Atlanta FBI agents.

Lane, Kaderli and an undercover FBI agent allegedly scoped out the couple’s home in Bartow County. Lane suggested using a sledgehammer to breach the door and killing them with revolvers, according to an affidavit. Kaderli allegedly said they should burn the home after the killings. 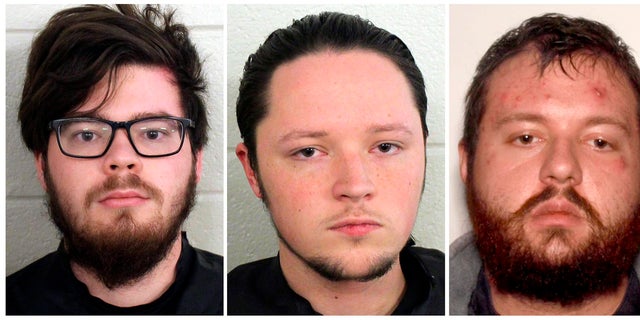 Luke Austin Lane of Floyd County, Jacob Kaderli of Dacula, and Michael Helterbrand of Dalton, Ga. FBI spokesman Kevin Rowson said Friday that agents assisted in the arrests of the three Georgia men linked to The Base, a violent white supremacist group, on charges of conspiracy to commit murder and participating in a criminal street gang. (Floyd County Police via AP)

A criminal complaint charged Mathews and Lemley with transporting a firearm and ammunition with intent to commit a felony. Bilbrough is charged with “transporting and harboring aliens.” They are scheduled to be arraigned Wednesday.

Mathews was a combat engineer in the Canadian Army Reserve, and Lemley was a “cavalry scout” in the U.S. Army. Federal prosecutors said Bilbrough expressed interest in traveling to Ukraine to fight alongside Ukrainian nationalists.

Matthews crossed illegally into the U.S. from Canada near Minnesota in August, court papers said, and he was picked up by Lemley and Bilbrough, who drove up from Maryland. 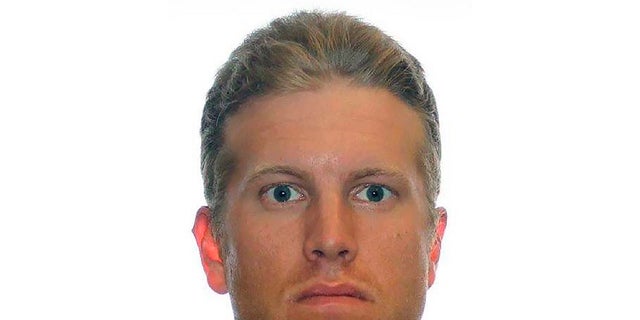 The rally comes as a series of gun control bills is expected to pass through the state’s Democratic-controlled General Assembly. Gov. Ralph Northan declared a state of emergency and temporarily banned firearms near the Capitol grounds.

A criminal complaint detailed how Mathews, Lemley and Bilbrough built an assault rifle from various parts, purchases thousands of rounds of ammunition and had acquired body armor. The arrests added to fears of potential violence at Monday’s rally.

Separately on Friday, another member of the group was charged with conspiring to violate citizens’ rights to use property free from threats and intimidation, the Justice Department said. Yousef O. Barasneh, 22, of Oak Creek, Wis., conspired with other Base members in September to vandalize property owned by minorities and Jews, the DOJ said.

He allegedly spray-painted swastikas and anti-Semitic words on a synagogue in Racine.

Barasneh committed the vandalism at the direction of New Jersey resident Richard Tobin, 18, authorities said. Tobin was arrested in November after allegedly using the Base to find neo-Nazis to vandalize synagogues in Michigan and Wisconsin.

Unlike other extremist groups, The Base isn’t focused on propaganda. Instead, it aims to bring together skilled white supremacists to train for acts of violence. In encrypted chat rooms, members have discussed committing acts of violence against Jews, African-Americans, ways to make improvised explosive devices and the desire to create a white “ethno-state”, according to the FBI.

“To have that kind of broad tent, that’s incredibly dangerous,” said Joshua Fisher-Birch, a researcher with the Counter Extremism Project, a policy group formed to combat online extremist ideologies.

Members of The Base also believe in an extreme form of survivalism and preparation, offering real-life survivalist training to resist the “extinction” of the Caucasian race, the FBI has said.

“I think what marks The Base as a particular concern is that it is very blatant about its embrace of accelerationist ideas. This concept that societal collapse is not only imminent, but that they have a role to play in furthering it — so that we can have a race war in this country,” said Oren Segal, vice president of the Anti-Defamation League’s Center on Extremism.

“There are many groups active online that have an on-the-ground presence, but it’s the sub-culture that the base is embracing is so vividly militant,” he added. “It’s so blatantly hateful it’s going to attract a certain type of extremist, one who is looking for action.”