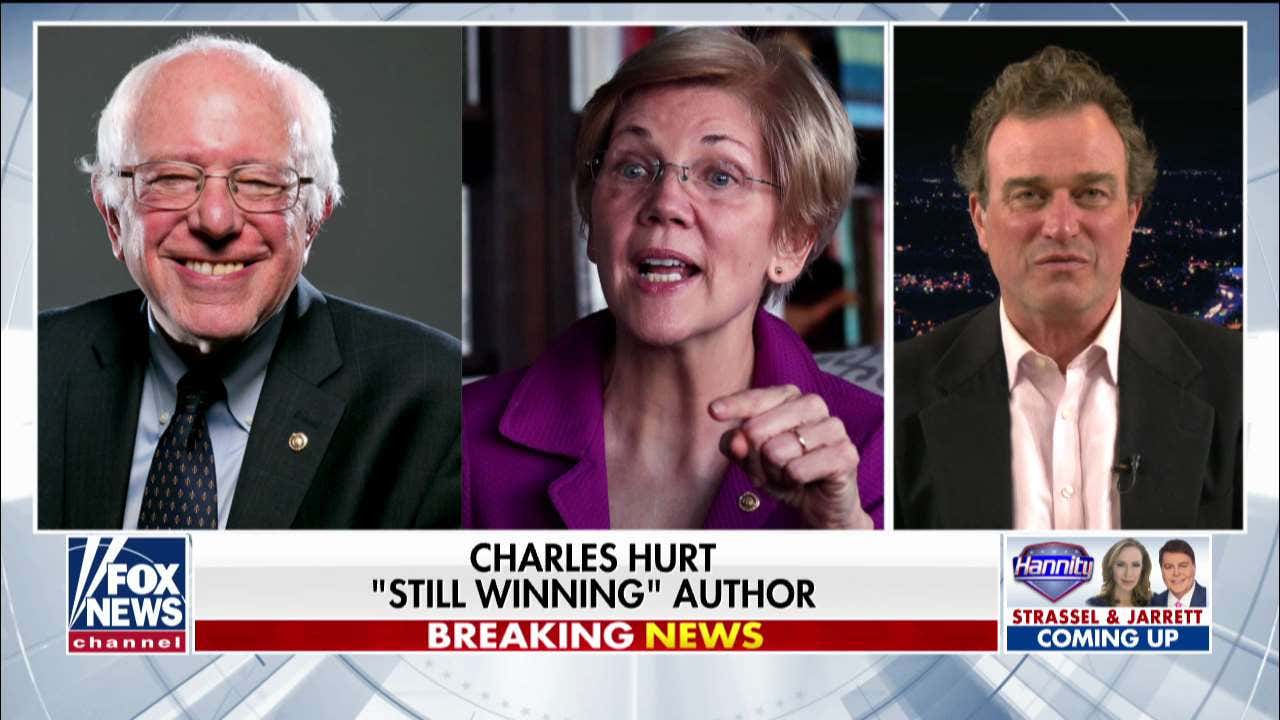 Hurt said that no matter how high the popular energy is surrounding the self-described democratic socialist, the party does not want him to be the nominee.

“I don’t agree with anything Bernie Sanders says, but, he got screwed the last time,” said Hurt, the Washington Times’ opinion editor.

“They stole the nomination from him last time. And the reason they don’t like him is because they — and, again, I don’t like him or anything he stands for but — they can’t control him.”

GREG GUTFELD: HOW IMPEACHMENT IS MAKING TRUMP A BETTER PRESIDENT

Hurt said that Sen. Elizabeth Warren, D-Mass., also appears to have realized the Democratic Party does not want far-left a candidate to be the nominee.

“Elizabeth Warren realizes what the rest of the Democratic Party realizes — the party poobahs, and what Hillary Clinton probably realizes — which is that all the energy is with Bernie Sanders,” he said.

However, Hurt credited Sanders for being more genuine than Warren.

“He is a dyed-in-the-wool Communist and he has been his entire adult life,” he said. “Elizabeth Warren is a faker. She is a fraud. Everything she says is a lie. I’m not saying that she doesn’t believe some crazy things. I think she probably does.”

Sanders’ authenticity, Hurt said, is why many voters in the Democratic Party appear to flock to him.

“Bernie is a Marxist,” Rep. Louie Gohmert, R-Texas, stated during the segment, noting that Sanders and his wife took their 1988 honeymoon in what was then the Soviet Union.