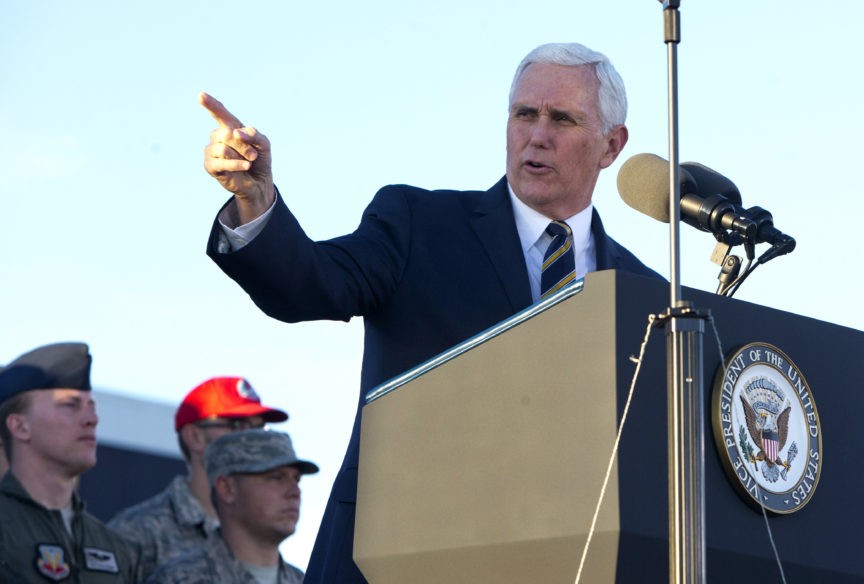 TAMPA, Florida — Vice President Mike Pence told Breitbart News he thinks the rush by the House of Representatives late last year to impeach President Donald Trump, and the upcoming U.S. Senate trial,are backfiring on Democrats politically because of their weak case against the president.

Heading into the Senate trial and asked what he and Trump are looking for from it, Pence laid out how he believes the impeachment case is weak against Trump, and the American people see through it.

Pence then said he thinks there will be serious consequences for the Democrats who pushed this attack on the president, as he believes the American people will resoundingly re-elect President Trump in November, and he hopes Trump will continue to have a GOP Senate majority and a renewed House GOP majority with which to govern.

“But I really believe the real verdict will be in the fall of 2020,” Pence said. “The American people will look at what we were able to accomplish with Republican majorities in the House and Senate—rebuilding our military, reviving our economy, cutting back red tape, judicial appointments. I have every confidence that what Nancy Pelosi and the Democrats have been about for the last three years is only creating more momentum behind the determination of our supporters around the country to see this president re-elected for four more years and re-elected with a Republican majority in the Senate and a renewed majority in the House of Representatives.”

Asked if he thinks the Republicans have a chance to retake the majority in the House in November, Pence said: “I do.”

To retake the House majority, as Breitbart News has reported, the GOP would need to flip a net 18 seats to the GOP side. The first upcoming opportunity to do so is in a special election in March in California for the seat from which former Rep. Katie Hill (D-CA) resigned. If the GOP wins that seat back, the number of seats the Republicans need to flip in November drops to a net 17.

After New Jersey Rep. Jeff Van Drew defected from the Democrat Party to the GOP over impeachment, that leaves 30 House seats in which Trump defeated Democrat Hillary Rodham Clinton in 2016 where Democrats currently sit. In addition to those 30 pickup opportunities, there are another dozen to 20 or so districts that Clinton won that the GOP considers potential pickup opportunities.

What’s more, Republicans—House GOP leader Kevin McCarthy told Breitbart News recently—have identified 8.5 million voters who backed Trump in 2016 but stayed home in the 2018 midterm elections. If those voters show up again with Trump at the top of the ticket in 2020, Republicans feel confident—as Pence noted in this Breitbart News exclusive—that they can retake the House majority.

Doing so, alongside President Trump getting re-elected—while holding the U.S. Senate majority—would be a massive win for the GOP and for Trump, as former President Barack Obama, while re-elected in 2012, never regained the House majority for Democrats during the remainder of his presidency, including in that year with him at the top of the ticket.

Asked if it is just impeachment that will lead to Republicans retaking the House, Pence told Breitbart News that it is part of the equation but not all of it.

“Al Baghdadi is gone. Soleimani is gone,” Pence said. “We took the last inch of territory under the black flag of ISIS a year ago. Our military has done an incredible job. This commander in chief has made sure they have had the resources they need to be able to accomplish their objectives and defend the nation. The economy is booming because of the president’s policies. Over 180 conservatives on our courts. This president who, even today, has taken another step to defend religious freedom and has stood for the right to life. That’s the reason why the enthusiasm I see all around the country, including here in Florida, that people see this is a president who’s kept the promises that he’s made. We’ve delivered for the American people. We’ve made America great again. But I have no doubt that the Democrats’ relentless effort to overturn the results of the last election is creating even more momentum behind people’s determination to make sure that President Donald Trump gets four more years in the White House.”

More from Pence’s exclusive interview with Breitbart News is forthcoming.