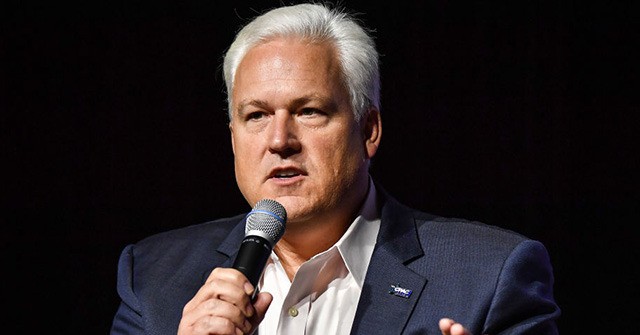 Matt Schlapp, chair of the American Conservative Union, described Democrats’ impeachment push against President Donald Trump as a political measure to bring an end to presidential elections. He joined Friday’s edition of SiriusXM’s Breitbart News Daily for an interview with host Alex Marlow.

“It’s all the marbles in 2020, and I think impeachment really brings that home,” said Schlapp of 2020’s presidential election. “The Democrat agenda is radical, but also, as evidenced in D.C., it’s also not as important to them as is the wholesale destruction of Trump and everyone who supports Trump. This is important for us all to know, that Donald Trump has taken it like no other politician has in an unfair way; impeachment without crimes, so many games, Russian collusion, the special counsel, all of this ridiculousness.”

Schlapp added, “We all have to understand that this is a tactic that they’re honing not just for Donald Trump or for his family. It’s for all of us.”

LISTEN:
Future Republican presidents will face the same political tactics as Trump has since 2016, Schlapp predicted.

“Whoever comes in the wake of Donald Trump — and I believe he’ll get a second term — this is what awaits them,” warned Schlapp. “If they can impeach you and then remove you when you’ve never committed a crime, it really means there’s no elections. It’s not just the electoral college they want to get rid of, it’s essentially presidential elections.”

“We do a lot of work on criminal justice reform,” replied Schlapp. “Our approach on it is two-fold. Number one, we think a lot of prosecutions, certainly in Washington, DC, are politically motivated and screw conservatives and people that are just trying to operate in the private economy. So we actually do think there’s a lot of malfeasance when it comes to criminal prosecutions. Number two, most people come out of prison and come back into society, and our view is if they’re going to come out of prison, let’s have them as ready to succeed in our communities.”

Conservatives should not withdraw from expressing their values among prisoners as they have across colleges and universities, said Marlow.

“In that vein, we thought, ‘Let’s go to prison,’” Schlapp agreed, speaking of CPAC’s work in prisons. “We worked with the secretary of corrections [in Pennsylvania] and brought our conservative message to the prisoners.”

Demand for tickets to this year’s CPAC is higher than previous years, added Schlapp, ahead of the four-day conservative event beginning on February 26.

“I will warn everyone. Ticket sales are going at about three times the normal rate, even the big fast rate of last year. This country is on fire, including Trump supporters and conservatives to try to take back the country. We’re just going to take every nickel we have in the treasury and spend it on trying to defeat socialism, and I think we’re going to at least forestall its advance for another four years if we all get out there.”