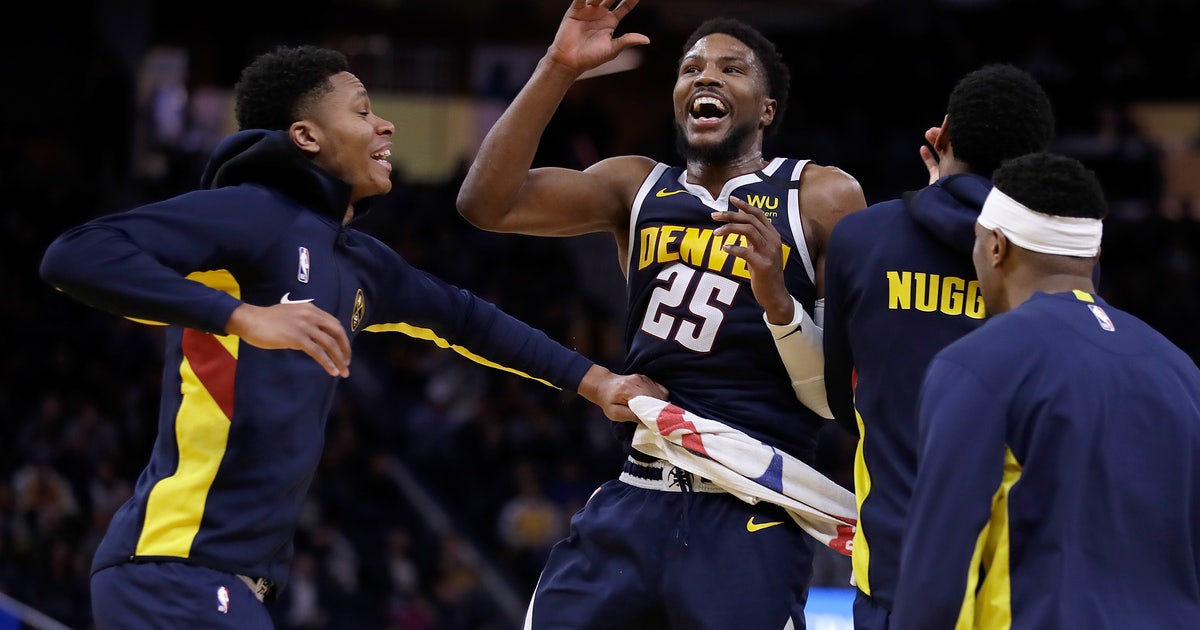 Will Barton had a season-high 31 points in Denver’s fifth win in six games. Nikola Jokic added 23 points, 12 rebounds and eight assists, and Beasley finished with 27 points.

Alec Burks scored 25 for Golden State, and D’Angelo Russell had 21 points and six assists. It’s the longest slide for the Warriors since they also dropped 10 in a row March 9-24, 2002.

Denver trailed by 19 in the first half, but went on a late run to force overtime. The Nuggets then scored eight straight in the extra period, but couldn’t shake Golden State until Beasley’s two free throws.

The Warriors’ Damion Lee missed a 3-pointer at the buzzer.

Denver closed the fourth quarter on an 11-5 run. Jokic’s short hook tied the game at 113 after Eric Paschall’s 3-pointer had given the Warriors a two-point lead. Burks missed a 3-pointer at the end of regulation.

Denver lost its poise earlier in the game.

An angry Jokic was whistled for a technical foul in the second quarter and had to be ushered away from officials by coach Mike Malone. Moments later after Jokic scored on a tip-in, Barton was hit with a technical.

Golden State star Klay Thompson was on the court in uniform taking shots before the game, a significant and symbolic moment in his recovery from ACL surgery. Thompson has not played this season. The Warriors plan to re-evaluate his situation during the All-Star break.

Warriors: Jacob Evans III suffered a concussion and broken nose during Tuesday’s loss to Dallas. Evans has entered into the NBA’s concussion protocol and will wear a protective mask once he is cleared to return.

Nuggets: Play the Pacers on Sunday in Denver. The Nuggets have a 10-game winning streak at home against Indiana.

Warriors: Play the Magic on Saturday at Chase Center. Golden State lost in Orlando earlier this season but has won six straight at home against the Magic.