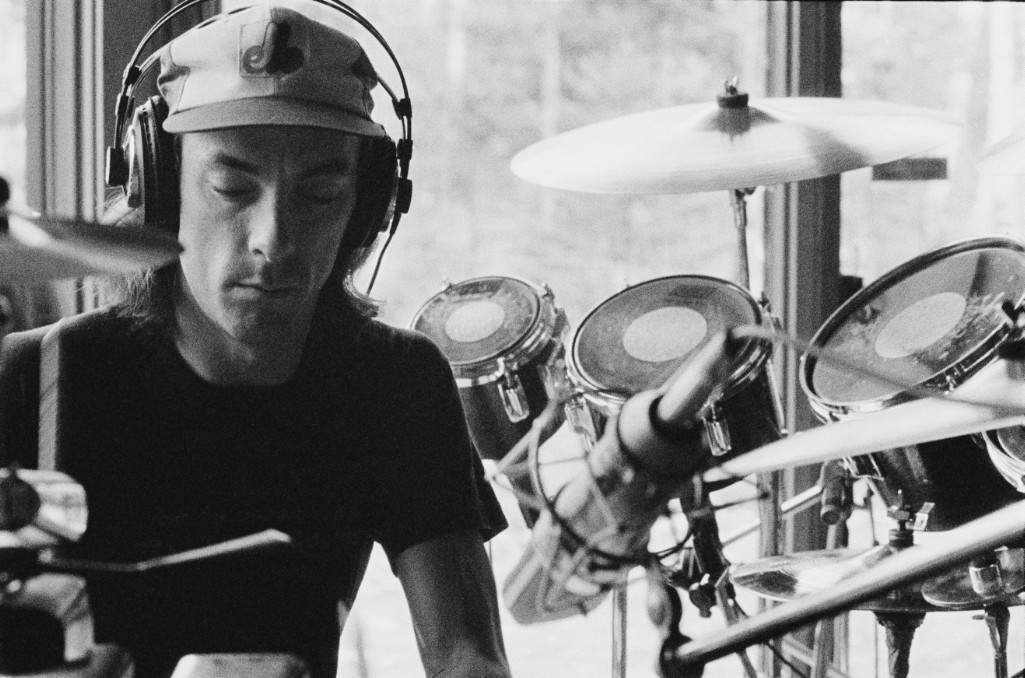 Neil Peart, who performed as if he had as many appendages as an octopus, was the ever-reliable backbone of prog-rock band Rush’s sound. Yet despite his bombast, he never overplayed. Every beat, every fill, every crash was purposeful and carefully considered. His throne is secure as one of rock’s greatest drummers, but he was also an accomplished writer whose words were as thorough and precise as his moves behind his kit. He wrote a half dozen travelogues inspired by his motorcycle runs, routinely blogged on his website, and penned liner notes and essays on Rush’s music.

And of course, Peart wrote the lyrics. Geddy Lee passed the job on when Peart joined Rush in 1974 because the latter was a voracious reader. Literature, mythology, and philosophers such as J.R.R. Tolkien and Ayn Rand influenced his work, and he took some drubbings over wildly imaginative pieces including “By-Tor and the Snow Dog” and 1976 sci-fi epic 2112.

Peart was a keen observer whose everyday life and global travels kept him supplied with ideas, down to Rush’s last studio recording, 2012’s Clockwork Angels, a concept album filled with images of carnies, desert wanderings, streamliners, and peddlers.

With Peart’s death on January 7 at the age of 67, SPIN revisited some of the lyricist’s most powerful work. The following are five songs in which his writing succinctly captured the wonders of the human condition—a state of being that, despite his own darkest moments, he embraced with optimism.

Although it’s well known that Rush had an offbeat sense of humor, Peart’s onstage stoicism as he concentrated on his performances could be intimidating. “Mystic Rhythms” reveals a contrast to his intense exterior: a dreamer fascinated with the universe’s incomprehensible riddles.

Unlike those who are frightened by the unknown, Peart took comfort in the “unseen and unexplained/we suspend our disbelief/and we are entertained,” understanding that “the more we think we know about” something, “the greater the unknown.”

The images beyond the veil are fleeting, for “we sometimes catch a window/a glimpse of what’s beyond,” and fragile, for “mysteries of night/escape the light of day.” An agitated drum cadence embodies “the push and pull/of restless rhythms from afar” in the ethereal track that floats on Alex Lifeson’s hypnotic strings and synthesizers that shimmer like “a canopy of stars.”

This quintessential Peart rumination opens with Oscar Wilde’s quote “I can learn to resist/anything but temptation.” The cheeky adage is the first item on a roll call of challenges that he tries to abide. The account is one of his most personal essays—“I can learn to persist/with anything but aiming low … I can learn to compromise/anything but my desires”—encapsulating how he pursued his artistry.

Peart once described himself as a “linear-thinking agnostic,” so his acceptance of the unexplained seems peaceful when he assures that “I can learn to get along/With all the things I don’t know,” a sentiment that is borne of a faith either in himself or a possible deity.

The mid-tempo ballad was turned into an acoustic duet between Lee and Lifeson during Rush concerts. It emphasized the gently ticking notes of the hammered dulcimer in the original recording and the warm camaraderie the two musicians share.

If you’re a suburban kid with your creature comforts met, you’re likely expected to have few complaints. Peart captures the disquiet that lingers in the psyche of those who others assume live a carefree life. It’s not only peer pressure that high schoolers struggle with “in the basement bars/in the backs of cars”; it’s the discontent with the expectation to follow paths predetermined by authority figures.

“Growing up it all seems so one-sided/opinions all provided/the future produced,” which is why “the dreamer/or the misfit” feels “so alone.” The ’burbs are “an insulated border/in between the bright lights/and the far unlit unknown.” This boundary has the city on one side, representing “civilization” (what students are expected to aspire to in adulthood). On the other sits isolated rural territory, which symbolizes the uncharted paths where outliers seek their fortunes. Lee’s synthesizers provide a droning sound bed that act as the song’s driving force.

“The Pass” and “Subdivisions” contemplate problems that affect youth, but the tragedy that “The Pass” examines (teen suicide) is more dire because, in the social media era, it can result from the peer rejection noted in “Subdivisions.” But the song’s message resonates with listeners of any age.

Peart avoids clichéd platitudes that can make emotional suffering worse by recognizing the legitimacy of one’s problems when he points out, “All of us get lost in the darkness … all of us do time in the gutter” (another Wilde reference). He acknowledges adolescents’ malleable spirits (“Someone set a bad example/made surrender seem all right”), but he also de-romanticizes the fatal act by declaring, “No hero in your tragedy/no daring in your escape/no salutes for your surrender/nothing noble in your fate.”

While the track is resolute and—by Rush norms—sparse, Lifeson’s defiant guitar solo and the finale signal the dogged hope that the narrator holds for the future.

RELATED: Our 1992 Interview With Neil Peart

To Peart, it didn’t matter “if we burn our wings/flying too close to the sun/if the moment of glory/is over before it’s begun” when chasing a long-held dream. Nothing is worth letting that ambition die, not even if you encounter “a summit too lofty/river a little too wide.”

As he explains in the Roll the Bones tour program, what matters is that you just go for it; the swagger you earn is for your tenacity, not grasping the prize. And later on, “if love remains/though everything is lost/we will pay the price/but we will not count the cost.” This could be interpreted as the final result being a Pyrrhic victory, but the song belies that sentiment with its strolling guitar rhythm and soaring tone—a sound of elation that reached even greater heights when Rush played it live.

Which of Peart’s Rush lyrics do you feel is the most powerful? Share your thoughts on our Facebook page.