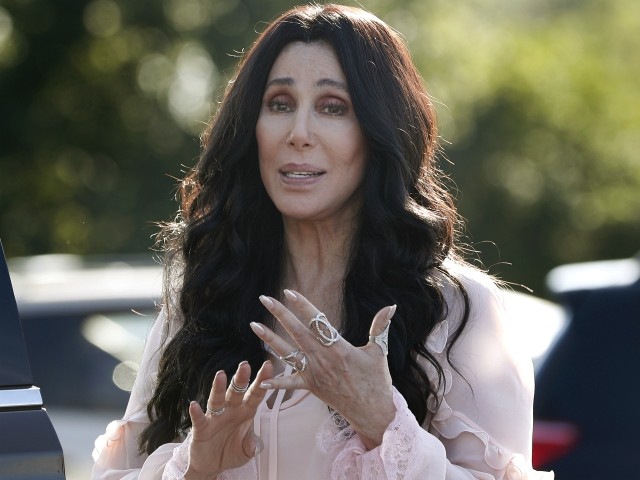 According to left-wing pop icon Cher, “the death of freedom” looms and America as we know it will cease to exist if President Donald Trump wins reelection in November.

Cher was reacting to news that Russian Prime Minister Dmitry Medvedev and the country’s government’s plan to resign and allow President Vladimir Putin to rewrite the country’s constitution, a move many experts believe will include provisions Putin will use to become prime minister and defacto leader of the Kremlin for life.

The UK Guardian observed that while Putin’s changes nominally transfer more power to the legislature, skeptics immediately deduced the true purpose is to consolidate Putin’s power in perpetuity under some new office that would have no term limits while giving him an opportunity to set up a hand-picked presidential successor as the new prime minister. Russian news reports described Mikhail Mishustin, presently head of the Russian Federal Tax Service, as the most likely candidate to replace Medvedev as prime minister.

This latest freakout by Cher is eerily similar to another end-of-America-as-we-know-it-because-Trump-Putin prediction she made last June.

“ONLY IMPORTANT THING IS BEATING Trump‼️IF trump WINS 2ND TERM THERE’LL B NO‼️WE WONT B ABLE 2 EXACT PUNISHMENT,OR PUT HIM IN ⛓⛓4 GUTTING OUR GOV,” Cher ranted. “Trump PUTS RICH, CORRUPT,CRONIES IN CHARGE OF AGENCIES THEY KNOW NOTHING ABOUT,4. IF DEMS LOSE THEY CANT CHANGE ANYTHING.”

Jerome Hudson is Breitbart News Entertainment Editor and author of the bestselling book 50 Things They Don’t Want You to Know. Order your copy today. Follow Jerome Hudson on Twitter and Instagram @jeromeehudson