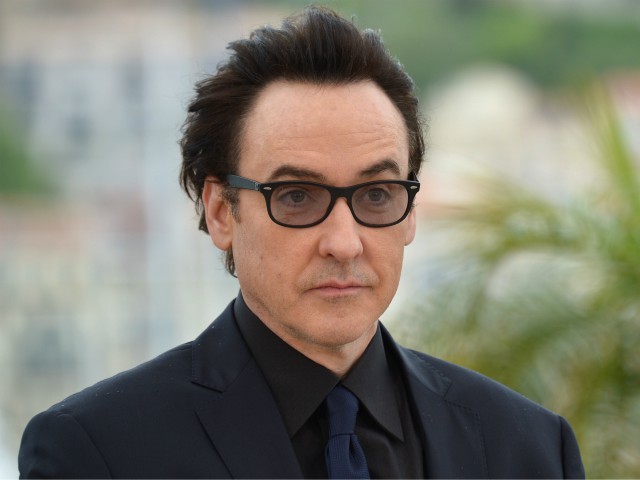 Far-left Hollywood actor John Cusack on Saturday joined the growing list of climate alarmists who have declared that the planet has only a decade left to stop global warming and the “predatory capitalism” which purportedly facilities it.

“The billionaires are getting nervous and all the corporate media is — they hate us, they don’t hate us, they’re confused. And it seems like every conceivable power structure on earth is trying to kill or derail our movement, but we’re still here,” Cucask said in a speech introducing presidential candidate Sen. Bernie Sanders (I-VT) at a campaign event in Exeter, New Hampshire.

“We know this form of capitalism takes and takes; it takes whatever, whenever, however it wants. It’ll take our lives, it’ll take our labor, our spirit, our air and water, even our earth,” Cusack added. And Bernie respects us enough to tell the truth, the hard truth: We have a ten to twelve-year window to radically transform our energy systems, or climate change, predatory capitalism, and endless war economies will rob us of the right to any future at all.”

Though Cusask’s doomsday warning may seem grim, his White House contender of choice has predicted an even more dire picture if solutions to climate change are not immediately sought. During last November’s Democrat presidential debate, Sanders claimed major international cities will be underwater “within the next eight or nine years” thanks to climate change.

“You talked about the need to make climate change a national emergency. I’ve introduced legislation to just do that. Now, I disagree with the thrust of the original question because your question has said, ‘What with we going to do in decades?’ We don’t have decades,” said the Vermont Independent. “What the scientists are telling us, if we don’t get our act together within the next 8 or 9 years, we’re talking about cities all over the world, major cities, going under water.”

“Be clear MSNBC. You did this to yourself no one made you parade neocons & neoliberal pundits to slander & smear a people’s movement that you KNOW is not radical but a return to FDR politics,” he wrote in response to the video.

Cusask has made headlines for his repeated attacks on President Donald Trump and his administration, proclaiming last March that “the only way democracy survives him – is if he rots in prison.”

The 2012 star has also described the president as a “fucking Nazi in the White House” and lambasted his advisors as “criminal enablers.”

In July, Cusack apologized for sharing an anti-Semitic cartoon and quote after attempting to defend the image. The tweet featured a Star of David atop a hand forcing down on people with a false quote from philosopher Voltaire, which read: “To learn who rules over you, simply find out who you are not allowed to criticize.”

Oh boy- yes- was referencing the bombing of a hospital – war inc – Israel and US will get called out. made a mistake retweeting that – as i said – and sorry – I’m anti fascist-in every respect –
RT @ResethO: So,https://t.co/8yQyW7E4AW