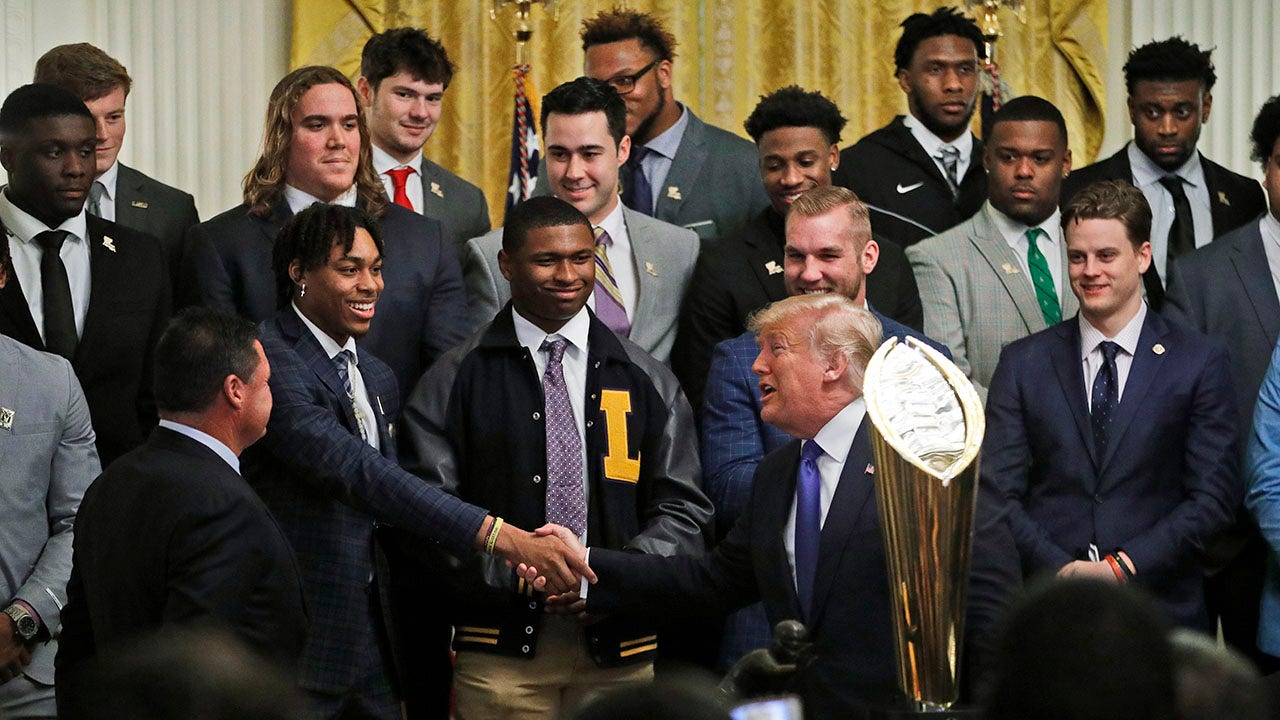 President Trump honored the NCAA champion LSU Tigers football team at the White House on Friday — but it was a mysterious blonde woman appearing in the team’s “Get the Gat” dance video prior to the event who caused a stir on social media.

The TikTok video was the latest posted by the Tigers as part of the “Get the Gat Challenge,” in which fans of singer Lil Elt’s song share images of themselves dancing to the tune. The Tigers posted at least one previous version, filmed in their locker room on a game day, with the team in their uniforms.

On Friday the players danced in suits and ties — joined by the woman, whose daughter later identified her on Twitter as her mother, Gemi Bordelon, wife of former LSU Tiger offensive tackle Ben Bordelon, who went on to play for the NFL’s San Diego (now Los Angeles) Chargers in 1997, Heavy and WBRZ-TV in Baton Rouge reported.

The Bordelons joined the team on the White House visit because they’re close with members of the Louisiana congressional delegation, WBRZ reported.

The White House party was a result of LSU’s victory over Clemson in Monday’s college football championship game in New Orleans — which Trump attended with first lady Melania Trump.

“Your football program has inspired countless fans across the country,” Trump told the team, whose victory Monday capped off an undefeated season.

While at the White House, LSU quarterback Joe Burrow said, “I don’t care if you’re Republican, Democrat, don’t care about politics at all, that was an awesome experience for everybody.”