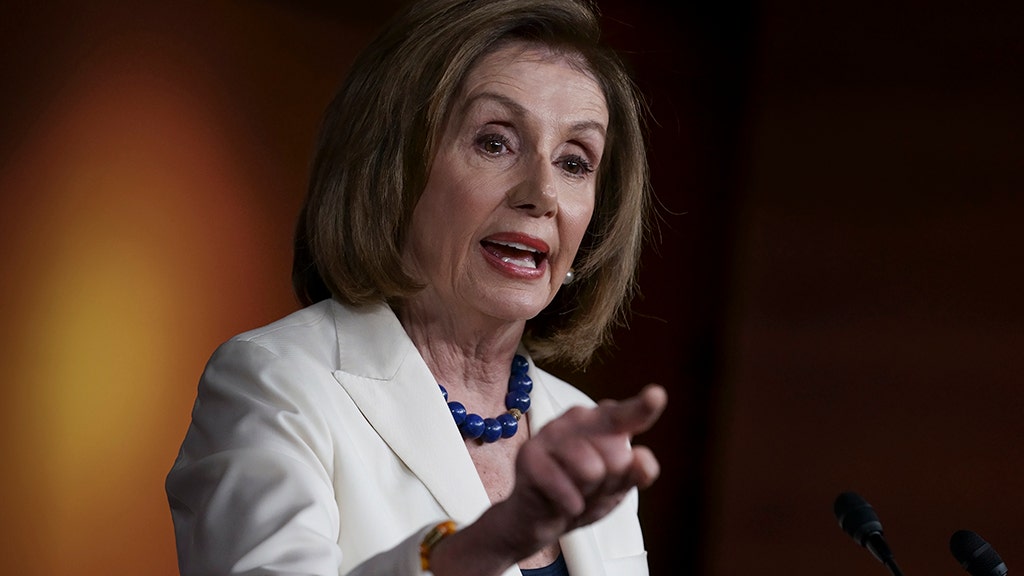 Not much seemed solemn or prayerful about Nancy Pelosi‘s appearance on “Real Time with Bill Maher” on Friday night.

In Maher’s return from a holiday hiatus, the House speaker spoke gleefully about her colleagues impeaching President Trump and doubled down on her Russian-charged attacks against Senate Majority Leader Mitch McConnell.

After Maher pointed out that Pelosi was initially “rather reluctant” to move forward with impeachment and waited until “it was inevitable,” the California Democrat responded that Trump simply gave his critics in the House “no choice” in the matter.

“The president was self-impeaching almost every single day,” Pelosi said.

“There are some people who have actually said that he wanted to be impeached,” Maher then observed. “Just for the record, being impeached is a bad thing, right?”

“And you’re impeached forever,” Pelosi replied with a big grin on her face, sparking applause from the audience. “No matter what the Senate does, that can never be erased.”

The HBO star later offered Pelosi a chance to speak directly to the president — on the off chance that Trump was watching the show.

“If I knew that the president was listening, I would want him to know that he is impeached forever,” Pelosi said, “and he is impeached forever because he used the office of president to try to influence a foreign country for his personal and political benefit and doing so, he undermined our national security, he was disloyal to his oath of office to protect the Constitution and he placed in jeopardy the integrity of our election.”

Maher later pivoted to Pelosi’s recent attacks against McConnell, in which she speculated on whether the Kentucky Republican had “Russian connections” behind closed doors. She has also asserted publicly that McConnell was an “accomplice” to Russia’s meddling in U.S. elections.

“You’ve tiptoed right up to the line of basically calling him un-American,” Maher said.