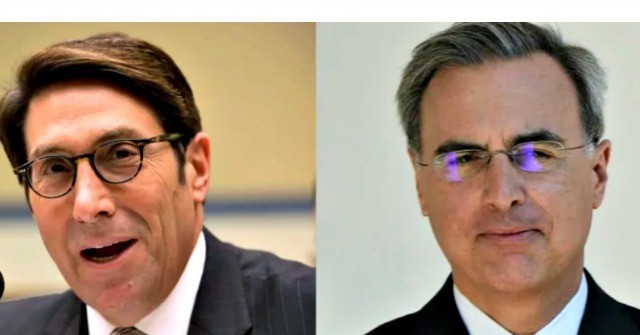 President Donald Trump’s legal team argued Saturday that the impeachment articles sent to the Senate by House Democrats are “constitutionally invalid” and should be rejected.

The letter was authored and filed by Trump’s attorneys Jay Sekulow and Pat Cipollone in response to the Senate summons for the impeachment trial.

“The articles of impeachment are constitutionally invalid on their face,” the response read. “They fail to allege any crime or violation of law whatsoever let alone ‘high crimes and misdemeanors’ as required by the Constitution.”

The legal team released its blistering six-page response to the summons on Saturday evening.

“The articles of impeachment now before the Senate are an affront to the Constitution of the United States, our democrat institutions, and the American people,” the letter read.

The Senate impeachment trial is expected to begin Tuesday, January 21.

A source close to the legal team told reporters in a phone call that the official legal brief for the trial would be more detailed and tackle the articles of impeachment directly. The response to the summons set the tone ahead of the trial.

The team will also argue that the impeachment hearings themselves were defective, violating the president’s right to due process.

The response to the summons argues that the Democrat effort to impeach the president is merely an attempt to overturn the 2016 election and interfere with the 2020 presidential election.

“The articles of impeachment submitted by House Democrats are a dangerous attack on the right of the American people to freely choose their president,” the response read.

The legal team argued that the impeachment hearings were part of a “highly partisan and reckless obsession” with impeaching the president, even before he was elected.

A source close to the president’s legal team said that the team would first address the “serious constitutional implications” as a result of the flawed articles of impeachment.

“It’s going to be a full-throttled address, we will take the facts head-on and we believe that the facts will prove and have proved that the president did nothing wrong,” the source said.