Delbert Orr Africa, a member of the radical Philadelphia group MOVE, was reportedly released from a Pennsylvania prison Saturday, 42 years after he and eight other members were convicted of third-degree murder in a shootout that resulted in the death of a city police officer.

Africa, 73, is the second to last of the nine convicted to be released or die in prison. The members maintain that Officer James Ramp was killed by a stray police bullet in the shootout, the Philadelphia Inquirer reported.

MICHELLE CARTER, WOMAN CONVICTED IN TEXTING SUICIDE CASE, TO BE RELEASED EARLY FROM PRISON BECAUSE OF GOOD BEHAVIOR: OFFICIALS

Attorney Brad Thomson, part of Africa’s legal team, announced the news on Twitter, including a new photo of Africa that mirrors a similar photo shot during his arrest.

In 1978, a year after 11 members of MOVE, an anti-government, black liberation group, were indicted on bomb-plot charges, an eviction notice at the group’s Philadelphia commune prompted the deadly shootout and violent arrest of nine of the members. 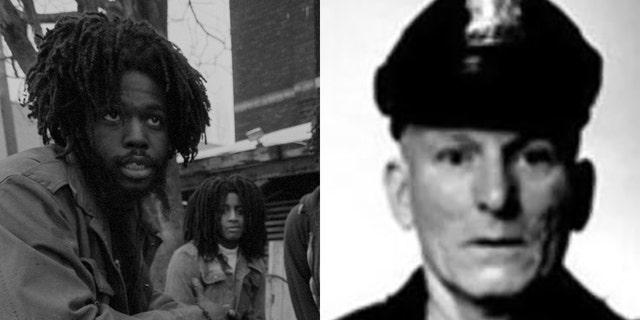 Ramp was killed with a single shot and 18 police officers and firefighters were injured. He was a Marine Corps veteran of World War II and Korea and served as a police officer for 23 years, according to the Officer Down Memorial Page.

After the arrests, MOVE relocated to another part of the city where they continued to disrupt the neighborhood with loudspeaker rants and concerns of child abuse and neglect, the Inquirer reported. The group was later designated as a domestic terror organization.

Africa’s 13-year-old daughter was among six adults and five children killed in 1985 when police dropped an incendiary bomb over their home that started a fire in the neighborhood, the Inquirer reported. No charges were filed.

“I just cried. I wanted to strike out. I wanted to wreak as much havoc as I could until they put me down,” Africa told the Guardian of her death. “That anger, it brought such a feeling of helplessness. Like, dang! What to do now? Dark times.”