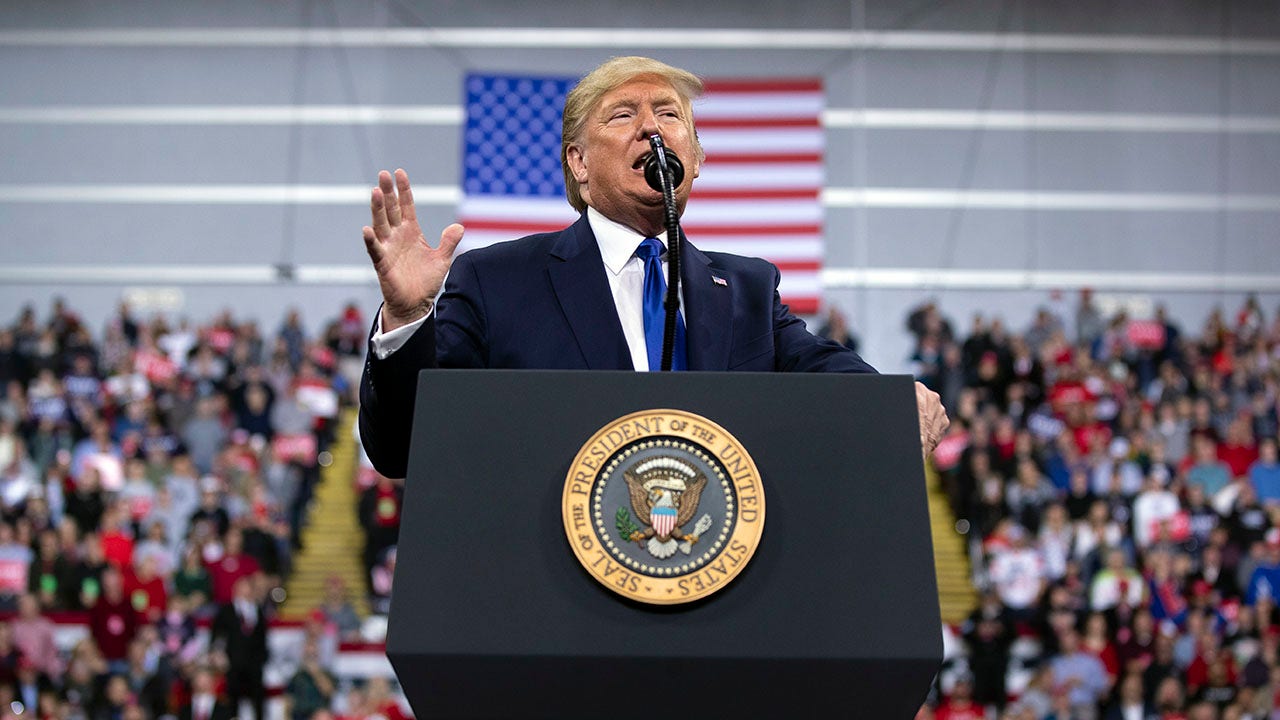 CAPITOL HILL – It wasn’t long ago that House Speaker Nancy Pelosi, D-Calif., said she’d withhold sending articles of impeachment to the Senate to start President Trump’s trial until she better understood “the arena” in which the House’s impeachment managers would operate. The Speaker threatened to hoard the articles until Senate Majority Leader Mitch McConnell, R-Ky., offered his resolution to establish a framework for a trial.

Well, here we are, less than two days before the trial., and McConnell still hasn’t formally released his resolution for the trial parameters.

“The House managers have absolutely no idea what the structure of the trial two days before the trial begins,” groused one source with the House Democrats working on the impeachment trial.

Nothing has compelled McConnell to cough up his resolution until the Senate would consider it Tuesday afternoon. And, the Kentucky Republican said he had the votes to roll both House and Senate Democrats with his proposal, meaning he’s under no pressure to publicize the outline officially. And, despite her ultimatum, Pelosi dispatched the articles to the Senate last week, still lacking McConnell’s plan.

Here’s what to expect in the coming days:

House impeachment managers are expected to go through a “walkthrough” on the Senate floor Monday around 11 a.m. ET. Senate workers toiled over the past few days, reconfiguring the Senate floor so it’s set up more like a courtroom than a legislative assembly. They’ve hauled in rounded tables from the Senate carpentry shop for the “prosecution” and “defense.” Workers even prepared a potential chair and microphone for a witness – a witness stand of sorts – should the Senate ever actually haul in a witness for Trump’s impeachment trial.

Each session will begin with a 19th Century proclamation, dating back to the first Senate trial of a president, Andrew Johnson in 1868: “All persons are commanded to keep silence, on pain of imprisonment.” And, the only thing we truly know after that is the fact that senators are anchored to their desks inside the Senate chamber for hours at a time, listening to each side present their case. They can’t mill about the chamber, head to the cloakroom to take a call, fiddle around with their iPhones. The senators are to sit at their desks and digest the presentations and potential testimony. This isn’t the usual clubby Senate where members dash in and out of the chamber, grab a Coke in the cloakroom and then head to the bank of six elevators to chat up reporters. Senators are in for an entirely different enterprise than what they are accustomed to doing. Only 15 current senators have remained in the body from then-President Clinton’s impeachment trial in 1999.

TRUMP IMPEACHMENT TRIAL COULD HURT THIS 2020 DEM’S CHANCES THE MOST, REPORTER SAYS

Of course, there were no iPhones – and a lot fewer digital distractions – during the 1999 trial. During last year’s House impeachment hearings, Trump torched former U.S. Ambassador to Ukraine Marie Yovanovitch one morning on Twitter. The hearing room buzzed about Trump’s digital fusillade against Yovanovitch as she sat at the witness table. House Intelligence Committee Chairman Adam Schiff, D-Calif., almost immediately read the president’s tweet into the record.

House impeachment managers and the president’s defense team will have minimal, digital access for the trial. But, if senators follow the rules, they might as well be operating as though it were 1999.

The sportsbook at Caesar’s Palace in Las Vegas should post a betting line on which senator’s phone rings first during the trial.

So, other than everyone keeping quiet and off the grid, we don’t know a whole lot about how this is going to go down. McConnell has said repeatedly he intends to follow “the Clinton model” from 1999 – likely with some modifications. But the specificity of that arrangement is far from clear.

In a recent interview, former Senate Majority Leader Trent Lott, R-Miss., conceded that even he and Senate Minority Leader Tom Daschle, R-S.D., “weren’t 100 percent sure” about what senators agreed to after an all-Senate conclave to establish structure for Clinton’s tribunal. So, without any similar meeting involving all 100 senators, this is what we are told will happen:

McConnell is expected to offer a resolution Tuesday afternoon allowing the House managers to consume 24 hours to present their case – followed by 24 hours by Trump’s defense. There would then be a period of up to 16 hours for senators to present written questions through Chief Justice John Roberts.

McConnell contended he had 53 votes for his trial resolution – though sight unseen.

Fox News has been told pretrial motions could be in order following adoption of the resolution. One could imagine Senate Majority Leader Chuck Schumer, D-N.Y., and others offering various resolutions to dictate the pathway of the trial. All are subject to debate. Tuesday could grow rather testy as Democrats try to draw attention to what they’ve called an unfair process. Over the weekend, sources with the Democrats rejected the idea that they should take their grievances to Roberts, presiding over the trial.

It’s possible that once the Senate approved the resolution to set up the ground rules for the trial that a motion to dismiss could be in order. That’s subject to 51 yeas. But, on Fox News, Sen. Lindsey Graham, R-S.C., declared such a motion was “dead for practical purposes.”

Graham said, “The idea of dismissing the case early on is not going to happen. We don’t have the votes for that.”

But, someone could move to dismiss down the road. That opportunity is likely more than a week away.

Fox News was hearing that the Senate intended to plow through the trial in four 12-hour blocks, stretching over four days, beginning Wednesday. With the Senate not starting the trial until 1 p.m. each day, that could mean multiple 12-14-hour days.

“It is completely unfathomable,” said one source with the Democrats. “Is Sen. McConnell going to have 12 hour trial days which run until 2 or 3 in the morning?”

If that’s the case, the Senate will chew up enormous blocks of time this week – through next Saturday, ending well after the witching hour.

“That is a complete sham and would try to hide the president’s misconduct,” the source said.

A Democratic aide added that the proposition was “preposterous.”

TRUMP JR: IF WE’RE HEARING FROM WITNESSES, I WOULD LIKE TO HEAR FROM THE OTHER SIDE

A senior administration official told Fox News it was doubtful that Trump’s team would use all time allocated to the defense.

“If we do, we’re in real trouble,” the official said.

All of this would run through next Saturday – or early next Sunday morning.

Then, on Monday, Jan. 26, the Senate would entertain questions from senators. A total of 16 hours of questions could eat up a day or two.

Finally, toward the middle of next week, it’s on to the issue of documents and witnesses. The very first vote in order after moving through the prosecution, the defense and questions from senators would be a debate and vote on issuing subpoenas for documents and/or witnesses.

Once that’s settled, other motions are in order under the Senate’s catalog of 26 impeachment rules. That would include a motion to dismiss the case. There’s also the option of a motion to go to closing argument. That would trigger final votes on each article of impeachment.

If things go quickly, there could be some prodigiously long days ahead on Capitol Hill. It also means the Senate could wrap up the trial by the end of the month.