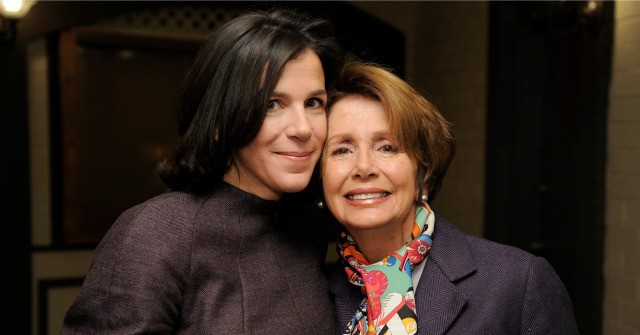 The White House welcomed Speaker Nancy Pelosi’s leftist daughter, Alexandra Pelosi, to film President Trump for a documentary about the Constitution, and details of the shoot predictably leaked.

Pelosi’s daughter is quoted extensively in the book A Very Stable Genius by Washington Post reporters Philip Rucker and Carol Leonnig about the documentary shoot, which included all six living presidents and six vice presidents reading the Constitution.

According to reports, Trump repeatedly stumbled over the historic prose of the Constitution during the camera shoot at the White House and said it was like reading a “foreign language.”

“Donald Trump is a celebrity and he came to perform,” Pelosi told the book’s authors. “He had not practiced it beforehand. I don’t think anyone would show up to read the Constitution without practicing it first.”

Other leaked details included staff ordering the makeup artist not to touch the president’s hair, and to only have light powder for his face and a warm glow lighting that made him look “orange.”

The book states that Trump did not know who Alexandra Pelosi was when he arrived for the filming.

Alexandra Pelosi has built a documentary film career with the family name.

She notoriously filmed a segment mocking poor white Southerners for Bill Maher in 2012.

Pelosi was critical of Trump in 2015, calling him part of the political “freak show” that would crash and burn.

“I’m not sure he’s so good for the Republican party, but we’re enjoying the freak show. … But at some point, it’s all going to crash and burn — at least Trump and Bernie are.”

After the election, Pelosi did an HBO documentary on “Trump country” to understand why he won. Vice described Pelosi as a “biased interviewer feigning objectivity” in the film.

She also emerged as a public figure trumpeting her mother’s success.

“She’ll cut your head off, and you won’t even know you’re bleeding. That’s all you need to know about her,” Alexandra Pelosi told CNN New Day host John Berman in January of last year. “No one ever won betting against Nancy Pelosi.”