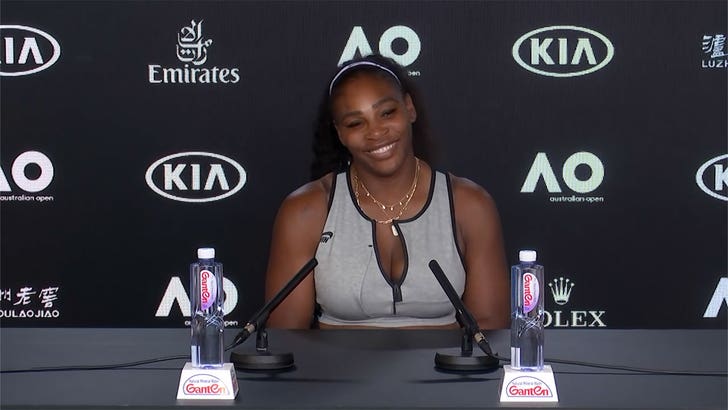 Pro tip for all future Serena Williams interviewers … whatever you do, do NOT ask about her friend Meghan Markle … ’cause you WILL get shut down.

The tennis superstar faced the media after her Australian Open match on Monday … and the first question wasn’t about her win over Anastasia Potapova, it was about Megxit.

“Your good friend, Meghan Markle, who attended your last 2 slams, and Harry, have taken a move, a stance that many people think is extraordinary and historic,” the reporter said.

“What are your feelings about that? Have you spoken to her?”

That’s when Serena made it clear she wasn’t havin’ it … “Yeah, I have absolutely no comments on anything with that,” Williams replied.

“But good try. You tried. You did good.”

FYI — Serena and MM go way back … they first met at the Super Bowl in 2010, and have been good friends since.

As for the Megxit, Prince Harry gave an emotional speech at a charity event on Sunday … explaining stepping down from their royal duties was best for him and Meghan.