The woman who was allegedly punched by star boxer Sergey Kovalev in a 2018 attack says she needed a plate and 4 screws in her neck to fix the damage he caused … and she says she’s still in pain.

Jamie Frontz claims she was socked in the face by the 36-year-old Russian after she denied his sexual advances after the two met at the opening of a boxing gym in Big Bear, Calif. in June ’18.

In a conversation with TMZ Sports … she described how the alleged assault went down — and it’s graphic. 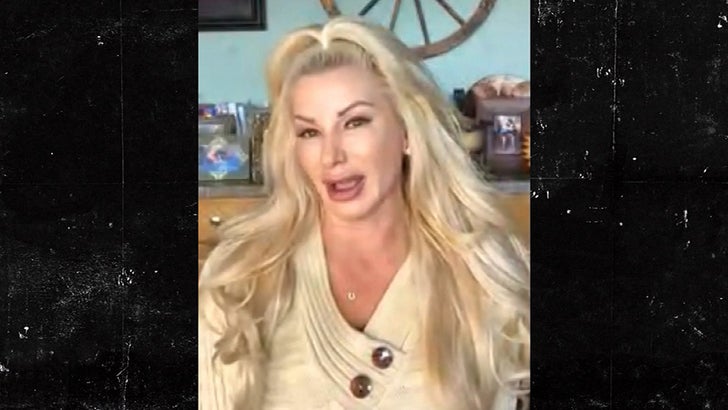 According to Frontz … she and Kovalev were making out on a couch in her rented cabin when she began to feel like the boxer was getting too aggressive — so she started to pull away.

That’s when she says her dog intervened, jumping in between the two … and “Krusher” shoved the animal to the ground. Frontz says when she screamed for Kovalev to leave immediately after, he grew even angrier, and KICKED the dog in the chest.

That’s when she said Kovalev became violent toward her … punching her with a closed fist in her face. 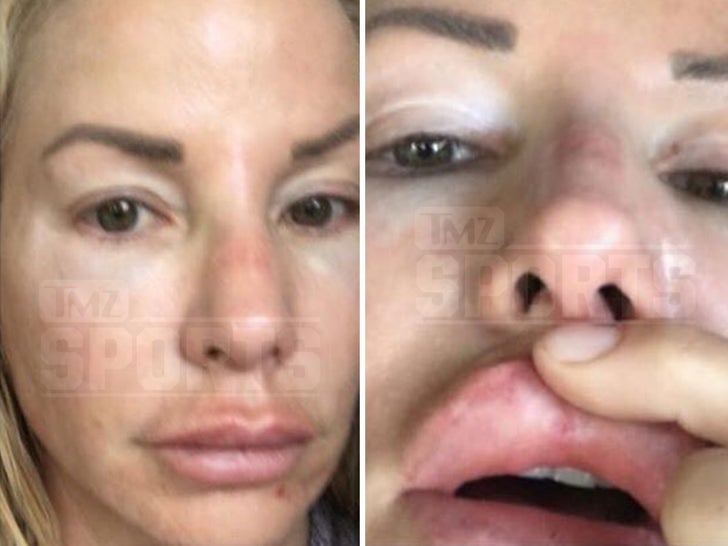 But, she said the worst problem came days later … after the effects of whiplash set in.

Frontz claims the punch caused a disc to herniate in her neck … and the repercussions for that were awful, saying it sent a constant tingling down her arm that felt like “fire ants.”

“I literally was scratching holes in my arm until they bled because what he had done to my neck,” Frontz said.

Frontz said she required FOUR major surgeries to fix the issue … ultimately getting a plate and screws inserted into her neck to relieve the pain. 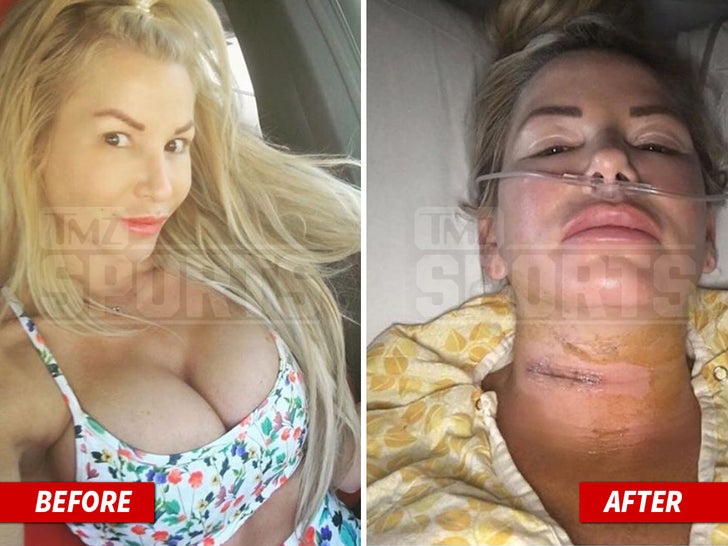 But, Jamie says she’s still feeling the effects of it all … saying her nose is still messed up and she might still need to go under the knife again in the future.

Jamie filed a lawsuit against Kovalev for the alleged attack last year … demanding $8 MILLION — but she says the two struck an agreement in October in which Kovalev agreed to pay her $650,000 to end the lawsuit.

The problem … Jamie says she only received $250,000 of that money — and is now suing Kovalev AGAIN for the cash.

Kovalev, meanwhile, was arrested and charged with felony assault for the incident, though he’s since pled not guilty. If convicted, he faces up to 4 years in prison. That case is still pending.