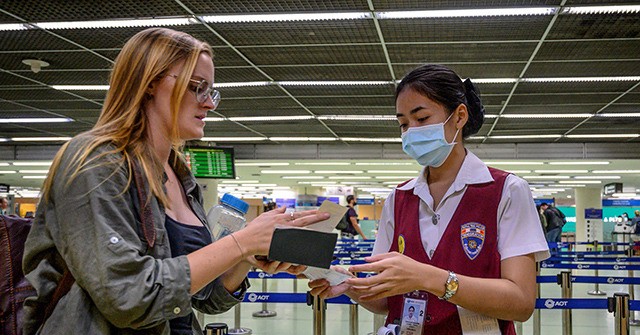 An individual traveling from China has been diagnosed in Seattle with the coronavirus, a Centers for Disease Control and Prevention (CDC) spokesman confirmed on Tuesday.

The CDC is expected to make an announcement on the matter later today.

The development comes after Chinese health officials announced that the virus has killed at least 6 people and sickened over 300. Four cases were confirmed in South Korea, Japan, and Thailand. Additionally, a Taiwanese national who recently visited Wuhan, tested positive for the virus.

The number of confirmed cases in Hubei province, where Wuhan is located, has risen to 270; Bejing has five, Guangdong province 14, Shanghai six, Zhejiang five and Tianjin two.

The new measures follow President Xi Jinping ordering increased efforts to stop the spread of the disease Monday, but there are fears efforts to contain the virus impeded by Chinese bureaucracy have come too late. Hundreds of millions of Chinese are expected to travel across the country in the coming days ahead of the Lunar New Year and raise concerns of a potential increase in cases.

Presently, the virus appears to be less lethal than the 2002-2003 SARS outbreak, which resulted in 774 deaths

“Based on current data, some new cases seem to experience milder diseases which is within the milder end of the spectrum of symptoms caused by respiratory illnesses,” Jasarevic added.

Editor’s Note: The photo on this story was taken at Don Mueang International Airport in Bangkok. The individuals captured in this photo are not involved in this medical case; the picture choice is illustrative rather than literal.