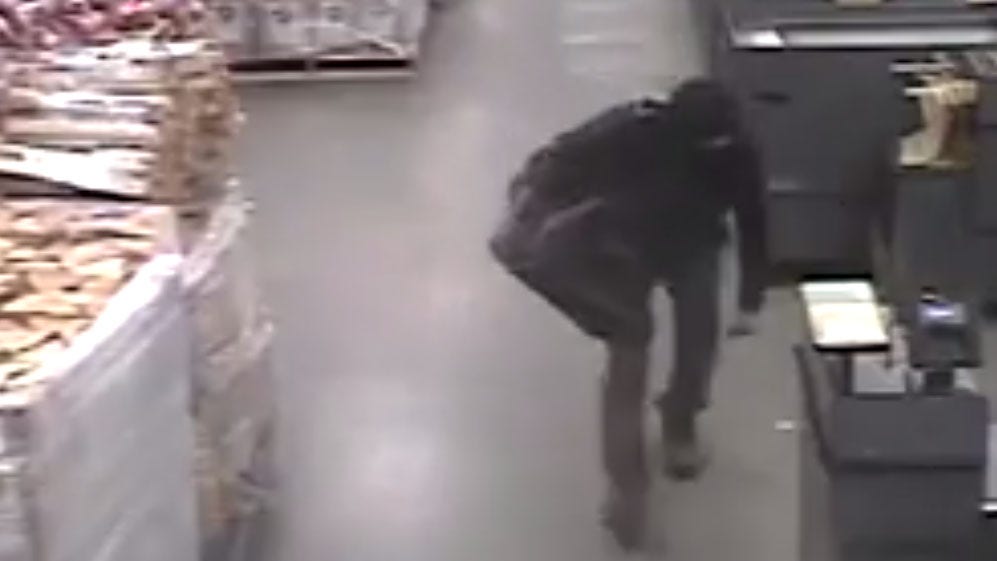 This guy is the worst upstairs neighbor ever.

Police in Auburn, Wash., recently released footage of a bizarre situation they believe is occurring at a local grocery store. After several reports of possible break-ins and employees claiming to hear footsteps coming from the ceiling, police believe that an unknown individual has spent several weeks hiding up in the store’s rafters.

But while evidence of the suspect has been found at the scene, authorities still have not located the man and have not ruled out the possibility that he may still be in the store.

Over the weekend, authorities with the Auburn Police Department shared surveillance footage on Facebook from the Haggen supermarket on Lake Tapps Blvd., showing the man sneaking around inside the store on Christmas Day.

“Auburn Police have been called to Haggen Lake Tapps on five occasions since Christmas Day,” the police department captioned the footage, “On that day, the suspect stole thousands of dollars’ worth of cigarettes and liquor. There have been four additional 911 calls since then: two on January 15th, one on the 16th, and another this morning (the 17th).”

According to the post, employees have reported seeing or hearing the suspect in the rafters above the ceiling. “In each case,” the post continues, “officers searched above the false ceiling but came up empty.”

Another employee saw a man’s legs dangling from the ceiling in a supply closet, WTHR reports.

Auburn Police Commander Mike Hirman told the outlet that they had found evidence of someone poking around in the ceiling, but no culprit. “We found where someone had been,” Hirman said. “There’s ventilation that had been moved and tracks that had been moved. We spent probably about four-and-a-half hours up in the rafters trying to hunt this guy down.”

Authorities have reportedly used infrared technology and K-9 units to try and track the suspect, but have apparently not had any luck.

Fox News reached out to Haggen Northwest Fresh for comment, but they did not immediately respond.