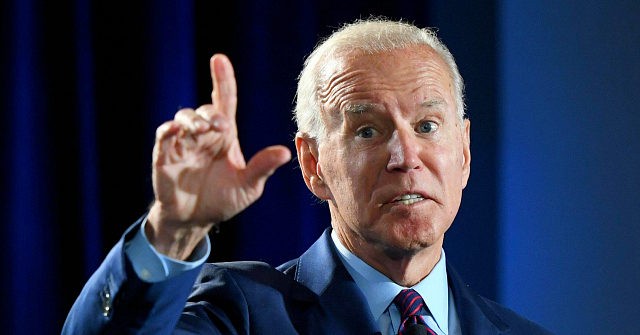 Joe Biden says his immigration policy will focus on the “family unification” of foreigners’ families, and migrants will only be deported if they commit felonies while in the United States.

He told Vice News on January 20:

My [immigration] policy is family unification …  What I’m going to do is make sure we focus on family unification … protect dreamers … [and] provide a pathway [to citizenship] for 11 million people … [the border] cages close … We’re not going to deport anybody who in fact has not — in this country — committed a felony.

In the Vice News interview, Biden did not promise to protect Americans’ from millions of migrants who are likely to cross the border if he stops deportations. The migrants are rationally seeking jobs in Americans’ workplaces, housing in Americans’ communities, and places in the schools used by Americans’ children.

Some liberals recognize how migration fundamentally skews economics and politics in favor of the elites.
But the NYT’s editorial board stays in its happy place.
( Sorry, I forgot to mention #S386 )@katiekings @BCAppelbaumhttps://t.co/cvnNBTm3sZ

When asked what changes he would impose on the Immigration and Customs Enforcement agency (ICE), Biden promised to shield the illegal-immigrant parents who place their children in Americans’ schools:

One of the things that is happening is, particularly for Latino and Hispanic kids, is the incredible pressure on them in terms of their sense of security. They go off to school wondering whether their mom comes and picks them up if she’s not going to be there because an ICE agent was there to arrest her. Or she takes them to the doctor, that she’s going to be not there because she is quote undocumented and an ICE agent is going to pick him up. You change the [ICE agency’s] culture by saying ‘You are going to get fired. You are fired if, in fact, you do that. You only arrest for the purpose of dealing with a felony that’s committed.’

Biden was so determined to promise protection for migrants he portrayed all American Latino children as tied to illegal immigrants. “The fact is that we’re in a position now where, look, 24 out of every 100 kids in our schools today is Hispanic,” Biden said in a rambling answer after explaining President Brack Obama’s failure to pass an amnesty bill through Congress. Biden continued:

Twenty-four out of 100. It’s in everybody’s interest — the wealthy, the poor, Republicans, Democrats, no matter who they are, to make sure this becomes an incredibly well-educated part of the community. That’s how every major wave of immigration has occurred. We should be investing, investing significantly, for the safety and the sake of this country.

Biden’s refusal to distinguish between Americans and illegals makes it more difficult for schools to help American kids — including legal migrants — in a rising tide of illegal migrant children, said Steve Camarota, the research chief at the Center for Immigration Studies.

“If we want these [American] children to prosper, do we bring in 10 to 15 million more immigrants this decade? … Many of the [migrant] kids have special needs and will require special investments that make it hard to help the at-risk kids already here if we continue such a high level of legal and illegal immigration,” Camarota said.

There are roughly 13.7 million Hispanic children in the K-12 population of 54,057,260 million, said Camarota. The 13 million includes 3.5 million U.S.-born kids with at least one illegal immigrant parent, plus another 550,000 kids who were illegally brought over the border by their foreign parents. “Roughly 31 percent of Hispanic kids have illegal parents or are illegal themselves,” he told Breitbart News.

In December, Biden issued a labor policy that would also offer more visas that would allow U.S. companies to hire foreigners instead of U.S. graduates.

“Biden will work with Congress to first reform temporary visas to establish a wage-based allocation process and establish enforcement mechanisms to ensure they are aligned with the labor market and not used to undermine wages,” said Biden’s plan for legal immigration.

“Then, Biden will support expanding the number of high-skilled visas and eliminating the limits on employment-based visas by country, which create unacceptably long backlogs,” the plan says.

Joe Biden’s immigration plan promises to multiply the flow of foreign graduates into US grads’ job market.
That’s great news for investors.
So will US grads try to defend their class interests in lower immigration & higher salaries?
Probably not.https://t.co/9uTj1MLxv5

Vice News: But why can’t you give voters some insight into why you can’t answer what happened during the Obama administration?

Joe Biden: One of the things you do, look, I’ll tell you what happened in the Obama administration. The president of the United States had everything but locusts land on his desk. The economy was going into a tank. I’m the guy that came up with the proposal to provide for $900 billion in recovery money. [I] got three Republicans to vote for it — speaking of compromise — saved the economy as most economists will lay out for you. But what happened was the President thought that the best way to get, the team thought the best way to get a [immigration] deal, was in fact to enforce the law and get a commitment that you would in fact go forward and do massive change in immigration by a massive program to provide a pathway for 11 million folks.

In the meantime, when the Republicans didn’t play fair, the President came along with DACA — first time that ever occurred — and he had a program for family unification which the court struck down saying ‘You can’t do it by executive order.’ The fact is … comparing this President [Obama] to the present President we have, I think is outrageous.

The fact is that we’re in a position now where, look, 24 out of every 100 kids in our schools today is Hispanic. Twenty-four out of 100. It’s in everybody’s interest — the wealthy, the poor, Republicans, Democrats, no matter who they are, to make sure this becomes an incredibly well-educated part of the community. That’s how every major wave of immigration has occurred. We should be investing, investing significantly, for the safety and the sake of this country.