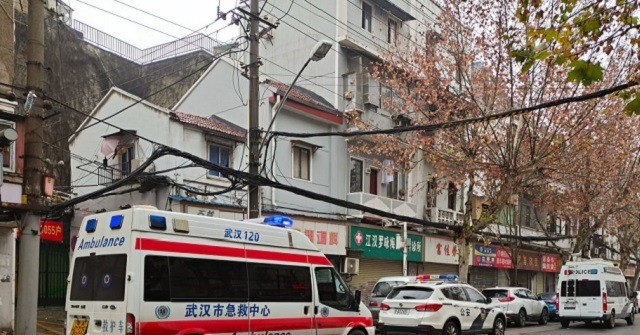 In one move, authorities virtually locked down the source city of the virus, Wuhan – a city of 11 million people. Another 8 million live in the greater metropolitan area and are not affected by the lockdown within city limits.

The move followed the confirmation of the death toll reaching 17 on Wednesday. Officials shut down all outbound traffic including buses, subways, ferries, and other long-distance transportation methods, the Guardian reported.

No people in #Wuhan, C China’s Hubei will be allowed to leave the city starting 10 a.m. of Jan. 23. Train stations and airport will shut down; the city bus, subway, ferry and long-distance shuttle bus will also be temporarily closed: local authority #WuhanPneumonia #coronavirus pic.twitter.com/8pohJ4Uixo

Officials report more than 570 people have been taken to hospitals after developing breathing complications after contracting the virus.

China’s National Health Commission Vice Minister Lin Bin told reporters at a news conference on Wednesday that the virus “may mutate and there is a risk of further spread,” NPR reported Wednesday evening.

“We have ensured management of export channels such as temperature checks at airports, train and bus stations, and ports … And we will reduce as much as possible events with large crowds,” Li told the reporters.

During a meeting of the World Health Organization (WHO), officials split on a two-two decision about whether to declare a “public health emergency.”

“This is an evolving and complex situation,” WHO Director-General Dr. Tedros Adhanom Ghebreyesus told reporters in a press conference following their meeting. “Today there was an excellent discussion but it was also clear that to proceed we need more information.

Reporters asked Dr. Adhanom about the Chinese lockdown of Wuhan. After praising the Chinese government for their “openness in sharing data and information,” the director said, “We need some time to understand the specific measures that have been taken.”

He later expounded on that comment, saying “What they are doing is a very, very strong measure and with full commitment. We stressed to them that by having a strong action not only they will control the outbreak in their country but they will also minimize the chances of this outbreak spreading internationally.”

Chinese officials stressed the rapidly rising number of reported cases does not mean the virus is spreading exponentially. Rather, Director Li said the number is a result of a deeper understanding of the disease and improvements in their screening process.

The city of Wuhan is shutting down all public gatherings as the Lunar New Year celebration is set to begin. One of the events, the annual prayer-giving at the Guiyan Temple, drew 700,000 tourists in 2019, the Guardian reported.

In addition to shutting down outbound transportation networks, Wuhan Mayor Zhou Xianwang said, “If it’s not necessary we suggest that people don’t come to Wuhan.”

Bob Price serves as associate editor and senior political news contributor for the Breitbart Border team. He is an original member of the Breitbart Texas team. Follow him on Twitter @BobPriceBBTX and Facebook.