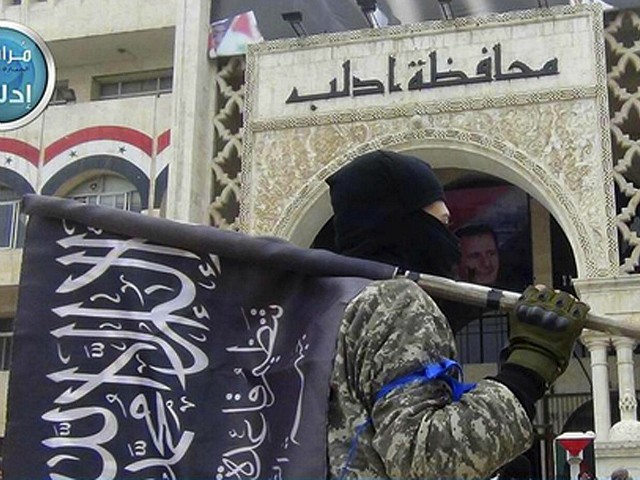 According to RCN, American law enforcement identified the three individuals as Al Raefee, Tuameh Tuameh, and Al Harari Al Harari. The three are believed to be in U.S. custody, soon to be charged with membership in a terrorist organization. The men appear to have entered Colombia through Venezuela, where they acquired Colombian residency paperwork, a government identification card, and a Colombian passport through an illegal documentation network.

Journalist Luis Carlos Vélez published images of the counterfeit passports on Twitter, noting that the men appeared to have crossed into Colombia through the La Guajira border crossing with Venezuela. Reports have not yet specified how the Syrians entered Venezuela or how long they had spent in the country after leaving Syria. Vélez reportedly stated that the U.S. embassy identified them as al-Qaeda terrorists when they attempted to procure U.S. visas, which does not align with the RCN report that police arrested them in Dallas. The RCN report does not note if Dallas authorities arrested them at the airport, which would suggest the men did receive U.S. visas and got onboard a flight to the country, or if they arrived by other means.

Three #AlQaeda members obtained Colombian passports to enter the US. The American Embassy identified them when they applied for US visas. They entered Colombia through La Guajira and allegedly came from Venezuela #Breaking #Terrorism pic.twitter.com/b4czaf6pnn

American authorities reportedly suspected criminal activity after inspecting the passports and finding several irregularities. The identification numbers on all three passports, RCN noted, did not match their birthdates. Colombian passports assign numbers to citizens based on when they were born. Although the youngest of the three men is 45 years old according to his passport, the identification number on his passport corresponded to a much more recently born person, at most 25 years old.

All three passports were also produced on the same exact date and stamped “La Guajira,” the Colombian state bordering Venezuela where it is believed they traveled to from Venezuela. The passports also stated that all three men were born in Cartagena, Colombia.

RCN reported that Colombian authorities have traced the falsified documents back to an “illicit network” of organized criminals who produce high-quality counterfeit documentation to help criminals evade arrest. While not citing any government officials confirming the existence of the network of an investigation into it, RCN claimed that the network had helped over 1,200 foreign citizens – Cubans, Afghans, Israelis, Iraqis, Chinese, Vietnamese, Africans, and Ecuadorians – obtain fake Colombian documents.

The arrest follows years of extensive evidence linking Venezuela’s socialist dictator Nicolás Maduro to jihadist groups, though Maduro is more typically accused of being allied with the Shiite terrorist group Hezbollah, not the Sunni group al-Qaeda. The two terrorist organizations are rivals who occasionally cooperate against the United States. Among the most notable such cooperations is the help that the September 11, 2001, al-Qaeda terrorists received from Hezbollah’s master government in Iran to enter the country.

Maduro’s regime has long faced accusations of helping Syrian, Iranian, and Iraqi jihadists obtain legitimate Venezuelan documents they could later use to travel more freely in the Western Hemisphere, despite not being Venezuelan citizens or having any ties to the country. In 2015, Spanish journalist Emili Blasco revealed that Maduro visited Damascus in 2007, then serving as Hugo Chávez’s foreign minister, and met with Hezbollah chief Hassan Nasrallah to come to an agreement on “drug trafficking, money laundering, the distribution of arms and issuing of passports … to terrorists.” Blasco identified a Hezbollah operative known as Ghazi Nasr al Din as the chief architect of the passport scheme, responsible for at least 300 Hezbollah members acquiring paperwork to enter the United States.

Following that report, a former official at the Venezuelan embassy in Baghdad, Misael López Soto, fled Iraq after posting an explosive video to social media denouncing the illegal purchase of Venezuelan legal documents by an assortment of Middle Eastern individuals with no ties to the country. López said that essentially any Middle Eastern local could purchase Venezuelan birth certificates or passports for $10,000 to $15,000.

Two years later, the former head of the Office of Identification and Migration (Saime) revealed that as many as 10,000 Syrians, Iranians, and others were actively using Venezuelan paperwork to travel.

The issue also surfaced in the 2016 document leak known as the “Panama Papers.” Those documents revealed that the communist government of Cuba put up much of the money necessary to print the documents.

No direct link exists at press time between the Hezbollah scheme to print Venezuelan documents and the alleged illegal ring printing falsified Colombian documents. Venezuelan opposition members nonetheless condemned Maduro for creating a permissive atmosphere for jihadists in the country.

“Another example that Nicolás Maduro has become the greatest protector and promoter of international terrorism,” Julio Borges, the head of Venezuelan President Juan Guaidó’s foreign policy, said. “From Venezuela, irregular groups have total impunity to plan criminal operations. It is a real threat for the entire free world.”