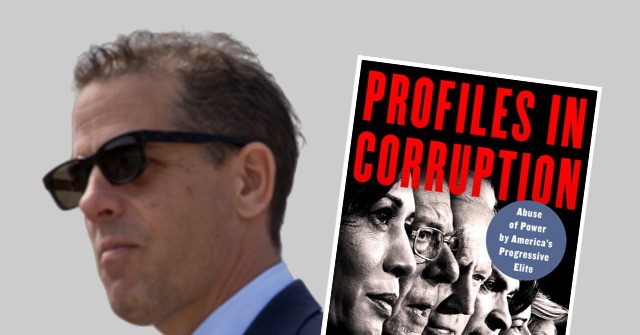 An investment fund connected to Hunter Biden received three million dollars in taxpayer cash from a federal program run by one of his father’s top advisers, according to revelations in Profiles in Corruption: Abuse of Power by America’s Progressive Elite—a new book by Peter Schweizer, a senior contributor at Breitbart News and the president of the Government Accountability Institute.

In December 2013, Hunter Biden along with his long-time business associate Devon Archer invested in a Hawaii-focused venture capital fund called mbloom. The investment in mbloom, meant to provide seed capital for technology startups, was the result of a public-private partnership between Biden’s firm, Rosemont Seneca Technology (RST) Partners, and the state of Hawaii.

As part of the agreement, RST would provide five million for the fund, with the Hawaii Strategic Development Corporation (HSDC) matching the same amount. Little-known at the time, however, was that more than half of HSDC’s contribution would come from a federal program controlled by a confidant of the Biden family.

As Schweizer reveals in Profiles in Corruption, three million of HSDC’s matching funds came from the Treasury Department’s State Small Business Credit Initiative. The program, which expenses more than $1.5 billion to state economic development agencies, was administered by then-Deputy Assistant Secretary of the Treasury Don Graves.

Complicating matters is that while Graves was overseeing the Small Business Credit Initiative, he was also informally advising Biden on economic and domestic policy as the executive director of the president’s Council on Jobs and Competitiveness. That role took on a more official form shortly after mbloom received its contribution from HSDC, with Graves leaving the treasury department and joining the vice president’s office.

“It is hard to find someone tighter in the Biden orbit than Graves,” Schweizer writes in the book. “Over the course of his career, he has served as counselor to Vice President Biden, his domestic and economic policy director, and as his traveling chief of staff.”

Since then, the two men’s personal and professional lives have continued to intertwine. Graves, now the head of corporate responsibility and community relations at KeyBank, has not only donated to Biden’s 2020 campaign, but has also taken an active role in the former vice president’s philanthropic pursuits.

“After Joe Biden left the White House, he appointed Graves to the policy advisory board of the Biden Institute,” Schweizer notes.

In that role, Graves was tasked with overseeing the former vice president’s cancer “moonshot” initiative.

Graves’ success in leveraging his relationship with the Biden family sharply contrasts with that of taxpayers in the state of Hawaii.

Within months of HSDC inking the mbloom deal with Hunter Biden’s firm, the fund was embroiled in scandal. Most notably, two of the companies that first received capital from mbloom were owned by individuals, Arben Kryeziu and Nick Bicanic, tasked with managing the fund.

The scandal only grew when the company owned by Bicanic went under, without ever reporting a profit, and Kryeziu fell afoul of the Securities and Exchange Commission. HSDC, which initially saw mbloom as an opportunity to diversify Hawaii’s service-centered economy, stepped in to stabilize the fund.

Those efforts proved futile, especially when Archer was indicted for defrauding a Native American tribe in May 2016. The charges against Archer stemmed in part from allegations that he and a business associate conspired to use tribal bonds under their control to drive up the stock price of Code Rebel, a technology company also owned by Kryeziu.

In the aftermath of the indictment, RST Partners agreed to give up its stake in mbloom to an investor lined up by HSDC. It remains unclear if Hunter Biden’s firm recouped its initial five-million-dollar investment.

Despite hopes of salvaging mbloom, further investment never materialized. In June 2016, HSDC opted to shutter the fund in an effort to prevent any more tax dollars from going to waste. Hunter Biden, for his part, would continue benefiting from his father’s political ties. Other members of the Biden family did as well.

The bombshell revelations contained within Profiles in Corruption emerge as the U.S. Senate weighs whether or not to convict President Donald Trump of wrongdoing. The impeachment imbroglio stems, in part, from Trump’s suggestion that Ukraine look into Hunter Biden’s ties to another shadowy entity.

As Schweizer detailed in his previous bestseller, Secret Empires: How the American Political Class Hides Corruption and Enriches Family and Friends, Hunter joined the board of directors of a Ukrainian natural gas company, Burisma Holdings, in 2014. His appointment to the post, which paid $83,000-per-month—despite no expertise in the energy sector, came around the same time his father was tapped to lead Obama administration policy towards Ukraine.

Hunter’s ties to the company, troubling by themselves, took on an added dimension when Joe Biden, in his capacity as vice president, pushed for the ouster of Ukraine’s top prosecutor in 2016. The prosecutor was known to be investigating Burisma.

Democrats have accused Trump of soliciting foreign help in taking down a domestic political opponent by suggesting Ukraine look into the potential conflicts of interest between Joe Biden’s political influence and his son’s business ventures. Joe Biden, himself, admitted on Wednesday that while he did not believe his son did anything wrong, the optics were not good.

“There’s nobody that’s indicated there’s a single solitary thing he did that was inappropriate or wrong—other than the appearance,” the former vice president said while campaigning in Iowa. “It looked bad that he was there.”

Hunter Biden also seems to agree. The Daily Mail reported on Thursday, the former vice president’s youngest son is allegedly “prepping” his story in the event he is called to testify at the impeachment trial.