Professor Hawking, who passed away in 2018, was a theoretical physicist, cosmologist, and author who was the director of research at the Centre for Theoretical Cosmology at the University of Cambridge before his death. His scientific work included a collaboration with Roger Penrose on gravitational singularity theorems in the framework of general relativity and the theoretical prediction that black holes emit radiation, often called Hawking radiation. He was also the first to set out a theory of cosmology explained by a union of the general theory of relativity and quantum mechanics.

In 2017, he led a BBC series called “Stephen Hawking: Expedition New Earth” where he predicted what could happen to humans in the next century and it would appear the genius had calculated exactly when he thought the Earth would self-implode.

He said in 2017: “With climate change, overdue asteroid strikes, epidemics and population growth, our own planet is increasingly precarious.

“Although the chance of a disaster to planet Earth in a given year may be quite low, it adds up over time and becomes a near certainty in the next 1,000 or 10,000 years.

“By that time we should have spread out into space and to other stars, so a disaster on Earth would not mean the end of the human race. 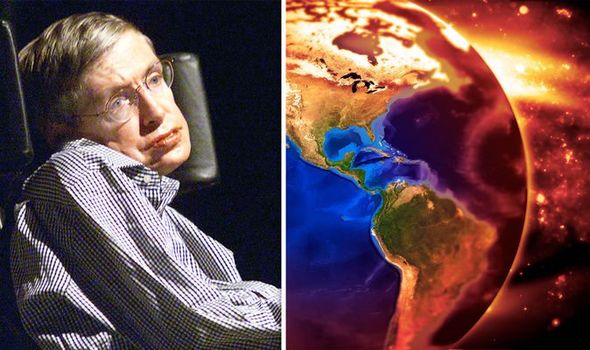 Stephen Hawking predicted the end of the world (Image: GETTY) 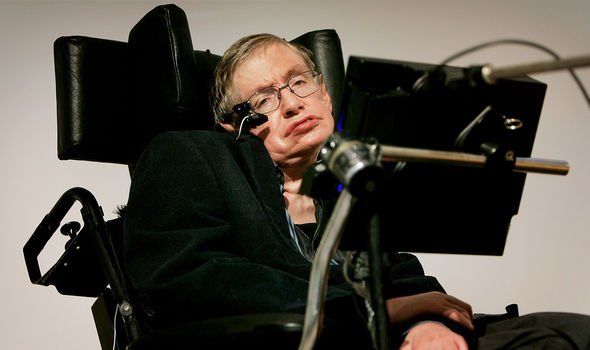 “However, we will not establish self-sustaining colonies in space for at least the next hundred years, so we have to be very careful in this period.”

One of the threats Professor Hawking noted was asteroids, of which he made an earlier reference to during his “Into the Universe with Stephen Hawking” documentary.

In 2010, he said: “As we gaze into the future, it turns out that the universe is a pretty dangerous place.

“Just look at our neighbourhood, it’s littered with billions of asteroids, ancient remnants left over from the process that built the Solar System.

“The possibility of one of these wiping us out isn’t just the stuff of Hollywood disaster movies, the threat from asteroids is real. 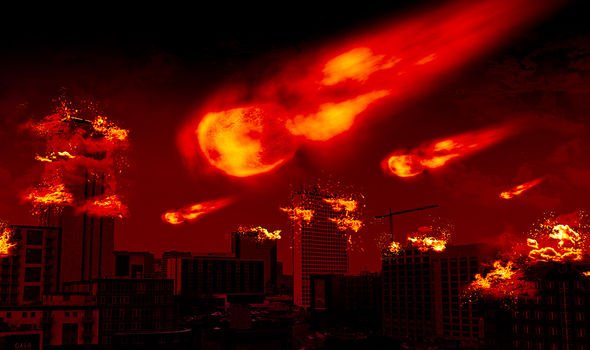 The end of the world could strike in the next 1,000 years (Image: GETTY)

“This one is called Apophis – after a mythical Egyptian demon – the God of darkness and destruction.”

Hawking went on to discuss the asteroid Apophis, which caused a brief period of concern in December 2004 because initial observations indicated a probability of up to 2.7 percent that it would hit Earth on April 13, 2029.

He added: “Discovered in 2004, Apophis is the size of a 100-story-tall skyscraper and weighs about 20 million tonnes.

“Speeding through space at 28,000mph – ten times as fast as a bullet – and carries as much energy as all the world’s nuclear weapons combined. 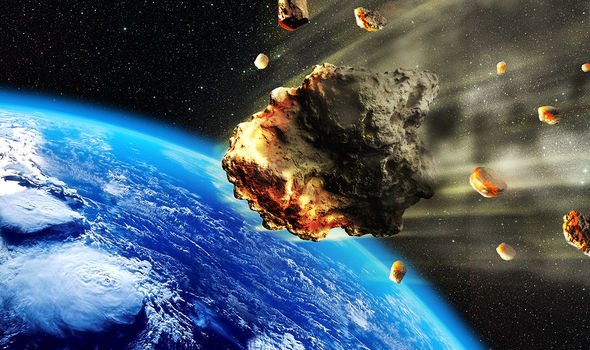 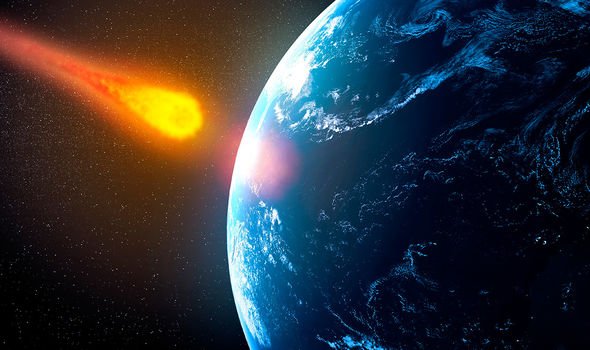 Professor Hawking said humans would be long gone by then (Image: GETTY)

“And we know roughly where it is heading.

“On April 13, 2029, this huge rock is likely to pass within 23,000 miles of the planet’s surface – close enough to pass below satellites in orbit and give us all a scare.

“Luckily there is very little chance that Apophis will actually hit us.”

However, he then went on to make a damning prediction, calculating the next big strike based on previous historical evidence.

He continued: “But the problem for humanity, in space, is there’s always a bigger rock.

“There are thousands of really large asteroids, some are over ten miles long – the size of Manhattan.

“The last one struck the Earth 65,000,000 years ago, and probably was responsible for wiping out the dinosaurs.

“We don’t know when the next asteroid will strike, but if it’s big enough, it could sterilise our planet.

“That would be the end of the five billion year story of life on Earth.”