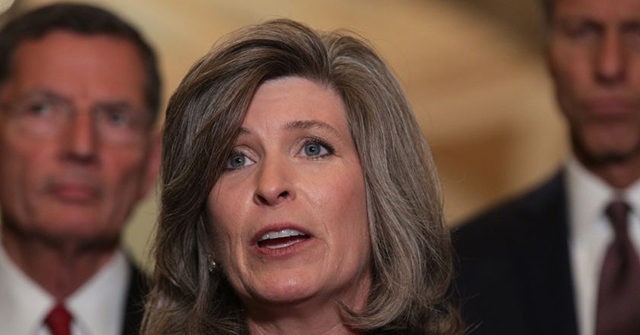 Sen. Joni Ernst (R-IA) told reporters during a break in the Senate trial of President Donald Trump on Thursday that several of the House Democrat impeachment managers had voted against bills providing “lethal aid” to Ukraine.

Democrats have accused Trump of abandoning Ukraine by holding aid for several weeks over the summer of 2019. Rep. Jason Crow (D-CO) even accused the president, falsely, of causing the deaths of Ukrainian soldiers.

In fact, Trump had previously sent Javelin anti-tank missiles to Ukraine, unlike President Barack Obama, who had only provided non-lethal aid.

Moreover, Ukraine did not even know about the hold on the aid until it was reported in the media several weeks later. And witnesses in the House of Representatives impeachment inquiry testified that the hold did not affect the Javelins.

Ernst made it clear she was irritated with what she portrayed as hypocrisy by the Democrats.

In contrast, she noted, President Trump had armed Ukraine with actual weapons, giving it the opportunity to mount a defense against Russia.

“House Democrats, these House managers, did nothing of the sort to provide that assistance to Ukraine, and yet now they are on their high horse about President Trump not doing enough for Ukraine.

Ernst later added that the president’s temporary hold on security assistance had not affected current spending for Ukraine.