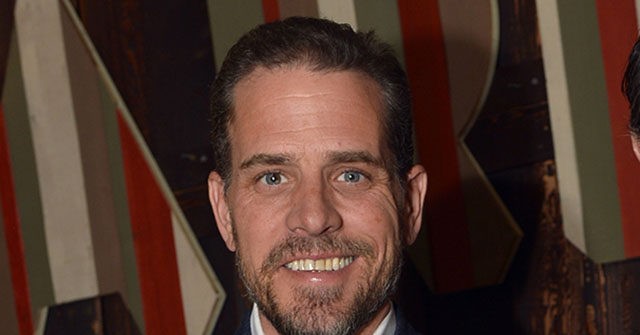 Hunter Biden, the youngest son of former Vice President and presidential candidate Joe Biden, is reportedly “prepping” at his Hollywood Hills residence for potential testimony in the Senate’s impeachment trial.

“Hunter is taking no chances, he knows that he could get called as a witness any day so he wants to be fully prepared, he’s going over every fine detail,” a source told the Daily Mail on Wednesday.

“He’s taking the trial very seriously and wants to make sure he’s ready for whatever the Republicans throw at him,” the source added.

Biden, whose business activities in Ukraine are at the center of the impeachment trial, has been floated as a possible witness in exchange for former Trump National Security Advisor John Bolton, according to The Washington Post. However, Democrat leaders poured cold water on the idea yesterday, arguing that the younger Biden is not a material witness.

“I think that’s off the table. First of all the Republicans have the right to bring in any witness they want. They haven’t wanted to and that trade is not on the table,” Senate Minority Leader Chuck Schumer (D-NY) told reporters when asked about a Biden-Bolton swap.

House Intelligence Committee Chairman Adam Schiff (D-CA) echoed Schumer’s remarks, scoffing: “This isn’t like some fantasy football trade. This isn’t we’ll offer you this, if you give us that.”

Additionally, Sen. Christopher Coons (D-DE) told CNN that a deal “would mean trading a relevant witness who should be testifying for a witness who has nothing to do with the charges against the president.”

“There was some mistake in reporting in another news outlet that suggested somehow, I was part of a group that was trying to cut some deal… I’m not involved in a conversation like that,” he added.

House Speaker Nancy Pelosi (D-CA) launched a formal impeachment inquiry into President Trump after a partisan CIA officer claimed in a whistleblower report that the president suggested to Ukrainian President Volodymyr Zelensky that he look into allegations of corruption against Joe and Hunter Biden in exchange for U.S. military aid. Reports indicate the young Biden was compensated up to $83,000 monthly by energy giant Burisma Holdings while his father was vice president — despite a lack of expertise in the energy sector. Both President Trump and Zelensky have denied any pressure was applied to probe the Bidens and the White House released a transcript of their July 25 telephone call as evidence that no wrongdoing occurred.

Last month, a senior Zelensky adviser confirmed that the eastern European country never believed that U.S. aid was linked to any investigations into the Biden family.

“We never had that feeling,” Andriy Yermak told TIME magazine. “We had a clear understanding that the aid has been frozen. We honestly said, ‘Okay, that’s bad, what’s going on here.’ We were told that they would figure it out. And after a certain amount of time the aid was unfrozen. We did not have the feeling that this aid was connected to any one specific issue.”

A subpoena to appear before the Senate would only add to Biden’s mounting legal woes.

On Monday, an Independence County, Arkansas Circuit Judge signed an “Order to Appear and Show Cause” against Biden after he failed to submit financial documents as part of a paternity case.

In May, a 28-year-old stripper Lunden Alexis Roberts sued Biden, alleging that he is the father of her 16-month-old baby and requested that he pay child support and cover her lawyer fees. According to court documents filed by Roberts, the pair met at a Washington, D.C.,  strip club where she was previously employed.

Kirin Global Enterprise Limited was an investment vehicle run by Xiangyao (or Yaojun) “Larry” Liu and Guo Jianfeng, according to Schweizer. “Very little is known about Kirin or its two principals, other than the fact that they invest heavily in mainland Chinese real estate,” he writes. Harvest Global Investors was a Chinese investment firm linked to the government in Beijing.

Burnham also had a financial relationship with Russian Oligarch Yelena Baturina, a billionaire with extensive political connections in Moscow and links to Russian organized crime, according to Schweizer. Archer said Baturina invested $200 million into “various investment funds” with which he was involved.