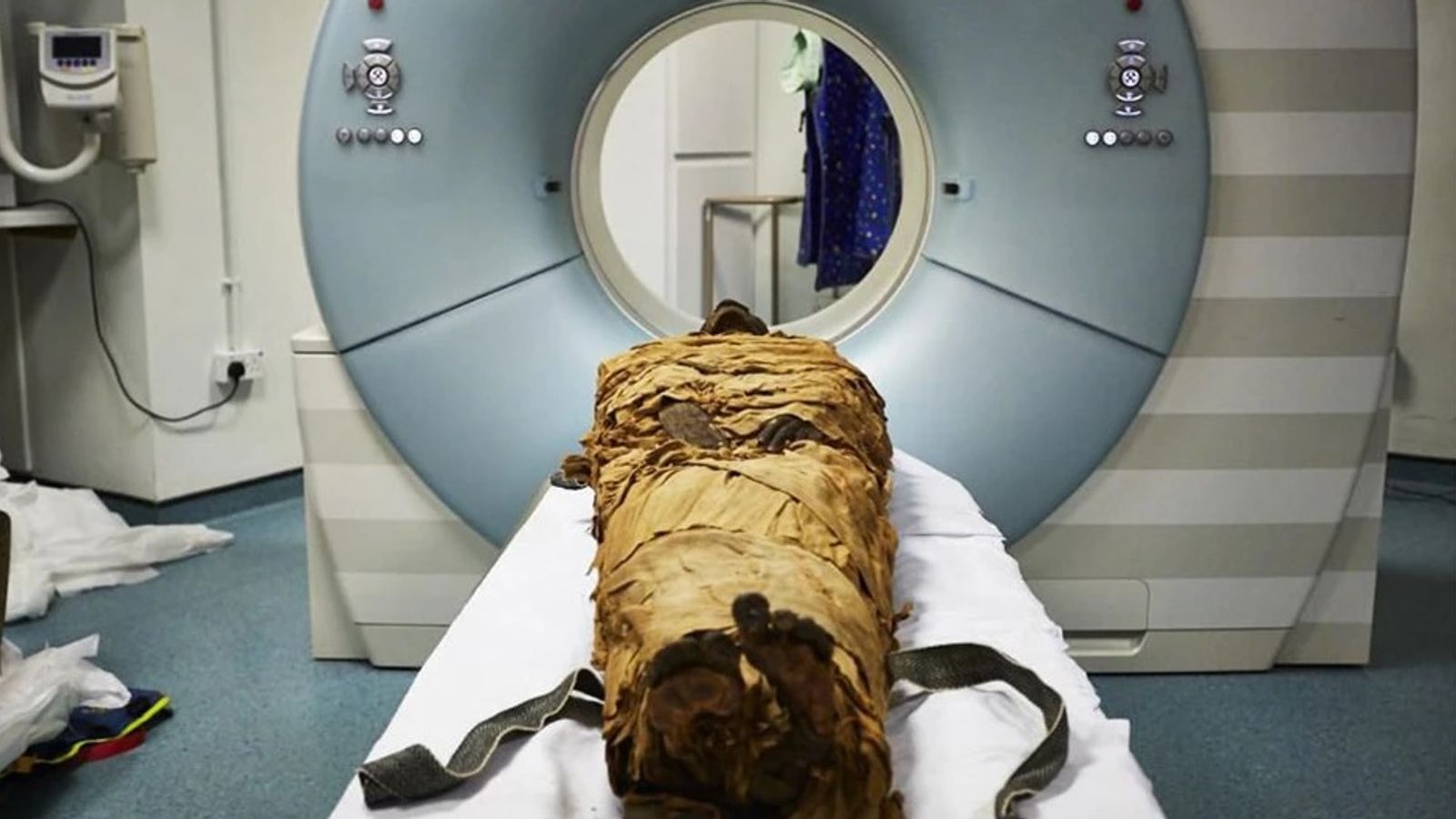 Scientists have resurrected the voice of a 3,000-year-old Egyptian priest by recreating his vocal tract with a 3D printer.

Nesyamun, whose coffin was inscribed with “true of voice” when he died, was a priest and scribe during the reign of pharaoh Ramses XI (c.1099-1069 BC).

His voice is said to have been a vital tool to carry out his duties at the state temple of Karnak in modern Luxor, and he had expressed a desire to still be heard once in the afterlife.

The team recreated the ancient priest’s vocal tract by putting his mummified remains through a CT scan to take precise measurements of his preserved speech organs.

They then 3D printed a replica of his vocal tract, known as the Vocal Tract Organ.

By using the Vocal Tract Organ with an artificial larynx sound that is commonly used in today’s speech synthesis systems, they synthesised the vowel sound.

It can currently only produce a single vowel sound – somewhere between “bed” and “bad” – and is not believed to be an exact fit for his voice due to much of his tongue being lost over the past few thousand years.

But the ability for the Vocal Tract Organ to produce full sentences “is something that is being worked on”, said study co-author David M Howard of London’s Royal Holloway college.

“So it will be possible one day,” he added.

Meanwhile, a German surgeon, Rudolf Hagen, who specialises in throat reconstruction, expressed scepticism at the study.

He said that even the most cutting-edge tools could not currently give people living without a thorax a “normal” voice.

But Professor Joann Fletcher, of the department of archaeology at the University of York, maintained the research could have big implications for both medicine and history.

She said: “Ultimately, this innovative interdisciplinary collaboration has given us the unique opportunity to hear the sound of someone long dead by virtue of their soft tissue preservation combined with new developments in technology.

“And while this has wide implications for both healthcare and museum display, its relevance conforms exactly to the ancient Egyptians’ fundamental belief that ‘to speak the name of the dead is to make them live again’.”