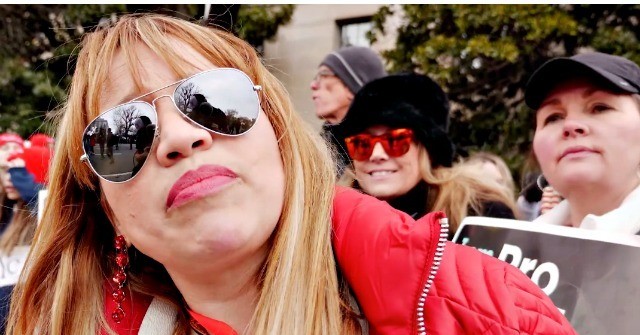 A woman conceived in rape said Friday that God spared her life after her mother tried to abort her several times.

“My name is Sio Mara, I come from Central America. My mother was raped by a serial killer,” the pro-life activist told Breitbart News during the 47th annual March for Life in Washington, D.C.

He murdered 30-something, my mother was victim 33, and my mother got pregnant from the man who raped her and murdered all those women. And I am a victim of that. My mother was six months when she tried to abort me four times. But she began to hemorrhage, and God spared my life and today I am here to stand for pro-life and for the voice, for those who are not able to speak, so thank you.

Thousands of pro-life advocates like Mara gathered on the National Mall to celebrate the sanctity of life. This year’s theme was “Life Empowers: Pro-Life Is Pro-Woman.”

President Trump was the first sitting U.S. president to ever speak at the event and called it his “profound honor” to do so, adding, “All of us here today understand an eternal truth. Every child is a precious and sacred gift from God.”

Despite attacks from the left, President Trump vowed to continue fighting for the unborn.

“They are coming after me because I am fighting for you and those who do not have a voice.”

The annual march is in protest of the 1973 U.S. Supreme Court decision, Roe v. Wade, that legalized abortion all over the nation and has taken the lives of an estimated 60 million unborn children.