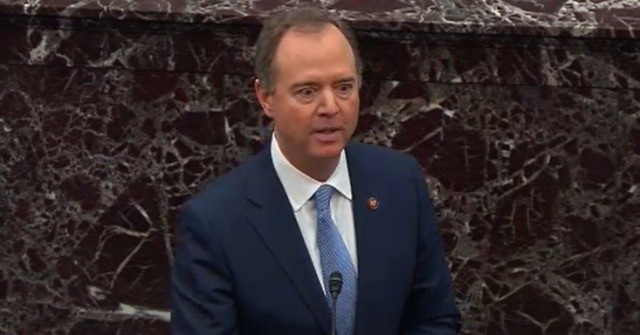 Schiff, delivering the closing address on the third day of House Democrats’ opening argument on the first article of impeachment, claimed that Russia had done a “psychological profile” of Trump and manipulated him into believing Russian intelligence.

In fact, Trump has acknowledged for years that Russia “meddled” in the last presidential election, explicitly saying that he accepted the conclusion of U.S. intelligence agencies, though he says he did not think Russia’s intervention affected the outcome, and he also has long believed that “others” also attempted to influence the outcome.

Schiff portrayed Trump as a puppet being controlled by Russia: “It’s not just a propaganda coup, it’s not just the undermining of our agencies. It’s also that the buy-in to that propaganda meant that Ukraine wasn’t going to get money to fight the Russians. I mean, that’s one hell of a Russian intelligence coup. … Has there ever been such a coup? I would submit to you that in the entire length of the Cold War, the Soviet Union had no such success.”

In fact, Trump provided, and has continued to provide lethal military aid to Ukraine, unlike President Barack Obama.

Going further, Schiff accused Trump of “betrayal” of his country, playing a debunked video clip of then-candidate Trump allegedly inviting Russia to interfere in the presidential election (Trump was joking at a press conference).

Schiff urged the Senate to remove Trump from office because of the risk of having a president so easily manipulated, and who would “coerce an ally” to investigate a political opponent.

“You cannot leave a man like that in office.”