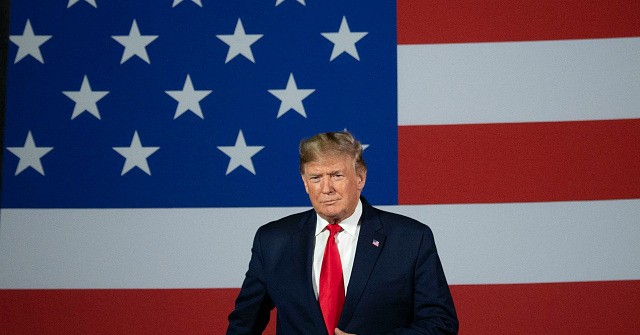 Students of Colorado Christian University were selected to co-lead 2020’s March for Life, noted Hunted, explaining that they will carry the banner at the front of the procession. Every year, March for Life organizers choose one university and one high school to lead the march.

Mansour invited Hunt’s comment on Trump’s record on abortion issues, ahead of the president’s scheduled address at the pro-life event in the nation’s capital. Trump will become the first president in history to attend the March for Life.

“This is really a historic moment,” assessed Hunt. “From a purely policy perspective, Donald Trump is the most successful pro-life president in the history of this country. He has done a wonderful job attacking the abortion industry and their for-profit efforts to make money off of death.”

Hunt added, “[Donald Trump] has appointed judges that are going to return to a constitutional approach — the original intent of the Constitution — not taking their position as a moment to legislate from the bench, but instead returning to co-equal branches of government. And I am just thrilled with all that he’s done to defend religious freedom, the rights of conscience, to defund Planned Parenthood, [and] to appoint thee judges that are going to interpret the Constitution as it’s written.”

“These are big moments,” continued Hunt. “These are the stepping stones we’ve been waiting for to eventually end abortion in this country. If you look at history, the way we ended the slave trade, it didn’t happen overnight. It took a lot of work, and people that I consider heroes, like William Wilberforce, labored for 60 years to end the slave trade and did so kind of incrementally, but they got there. They got to abolition of the slave trade, and then emancipation and freeing the slaves, but it took some time, but we’re getting there on abortion, and this is a president that should be celebrated, and I think you’re going to see 100,000 people thanking this president for the work he’s been doing to protect the sanctity of life.”

Mansour asked about initial skepticism of Trump’s perspective of abortion among conservatives prior to his administration. “Do you think he’s proven himself that he stands four-square with this issue and with the pro-life movement?”

“Absolutely,” replied Hunt, “and you look at the people he’s surrounded himself with. Mike Pence has been a wonderful figure in this administration in advancing religious freedom, as well as the sanctity of life, Kellyanne Conway, [and] look at the judges he’s appointed.”

Hunt continued, “Lincoln also evolved during his presidency. In the beginning of the Civil War, he was primarily concerned about keeping the Union together. That changed as he became a very, very passionate abolitionist, and ultimately brought about the 13th Amendment, which ended slavery in this country.”