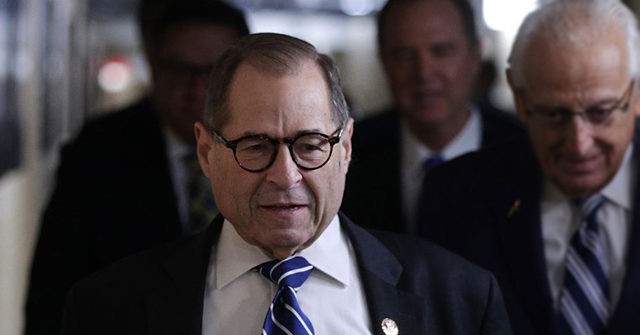 House Judiciary Committee Chairman Rep. Jerry Nadler (D-NY) told the Senate during President Donald Trump’s impeachment trial on Friday that if it failed to remove Trump from office, he would become a “dictator.”

Nadler did not argue, as he did on the first day of the trial — before being rebuked by Chief Justice John Roberts — that Senators would be voting “against the United States” if they voted not to remove the president.

He did, however, say that a vote to acquit Trump would remove all constraints on his power.

Other members of the team of House impeachment managers similarly argued that voting to acquit Trump would give all future presidents “veto power” over Congress.

They did not explain what the outcome would be for the ability of future presidents to fulfill their functions if they had to submit to every request by Congress when controlled by the opposition.