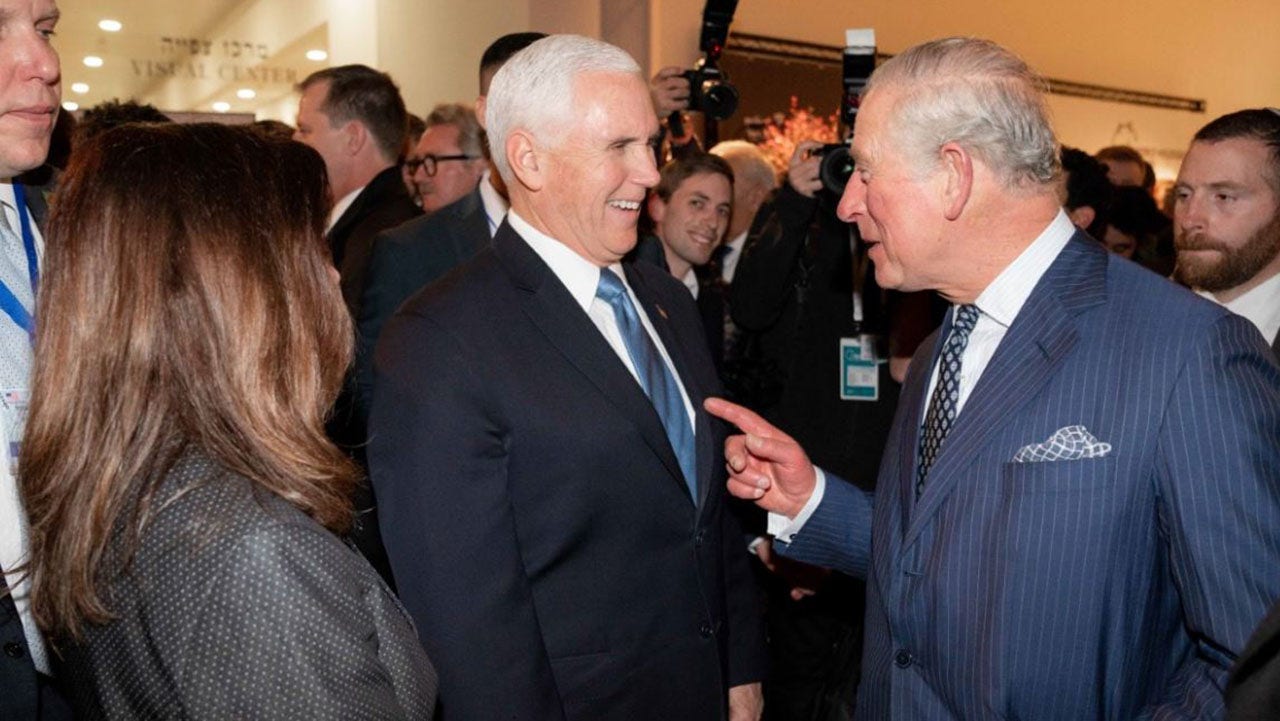 The press secretary for Vice President Mike Pence hit back at reports Thursday that he might have been “snubbed” by Prince Charles while at the World Holocaust Forum in Jerusalem.

“This is not true,” Pence’s press secretary Katie Waldman wrote on Twitter, including a photo of the vice president and the prince sharing a laugh at the event. “VP and Prince Charles spoke prior to entering the event floor and after his remarks as well.”

Several outlets reported on a possible snub after a video showing the prince appear to skip over Pence while shaking hands with other world leaders circulated on social media.

“Shortly before the Yad Vashem memorial event began, the prince and Vice President Pence had a warm and friendly chat, which is why they did not greet each other again in the room,” a statement from the office of the Prince of Wales said, according to the Times of Israel.

Pence spoke in front of world leaders and Holocaust survivors at Israel’s Yad Vashem World Holocaust Remembrance Center on Thursday, to commemorate the 75th anniversary of the liberation of Auschwitz.

“We gather to fulfill the solemn obligation, an obligation of remembrance, to never let the memory of those who died in the Holocaust to be forgotten by anyone anywhere in the world,” Pence said. “Today we remember what happens when the powerless cry for help and the powerful refuse to answer.”

Pence also shook hands with the prince after his speech, The Hill reported.