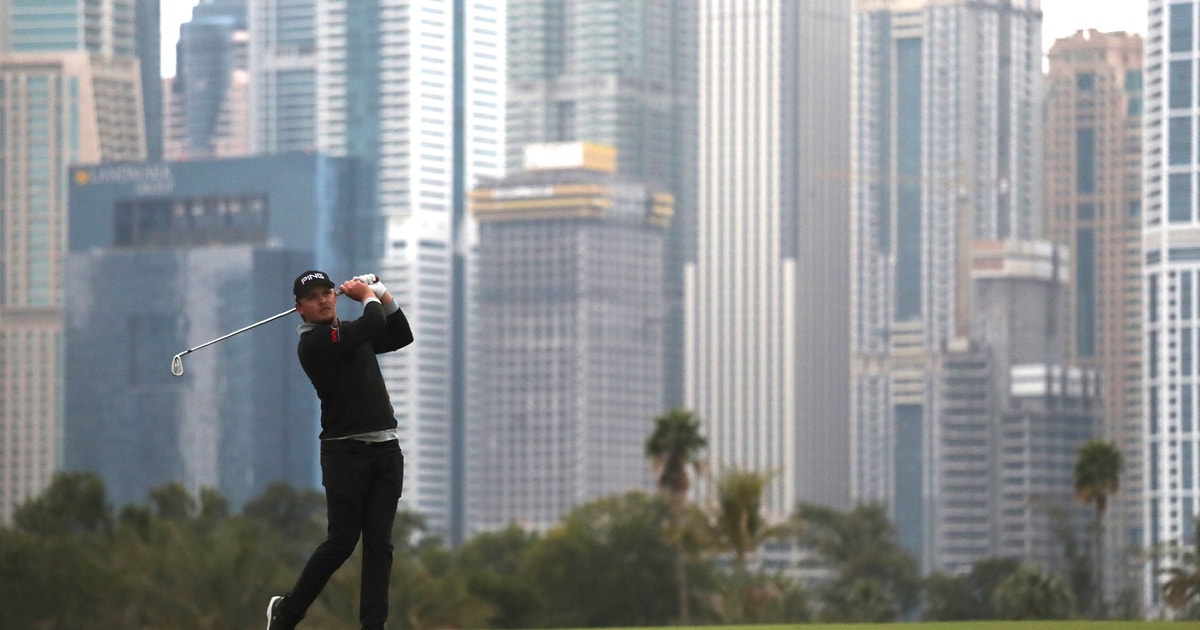 DUBAI, United Arab Emirates (AP) — After opening the year with two missed cuts, Eddie Pepperell surged back into form at the Dubai Desert Classic by shooting 5-under 67 Friday to take the lead after two rounds of the European Tour event.

Tommy Fleetwood birdied five holes in his back nine to shoot 65 for the lowest round of the week, and was four strokes off the lead.

The 61st-ranked Pepperell didn’t make the weekend at either the South African Open or the Abu Dhabi HSBC Championship this month, failing to shoot below 71 at either event.

In Dubai, he opened with 69 and followed that up being 6 under after 13 holes of his second courtesy of seven birdies. He dropped a shot at No. 6 — his 15th hole after starting at the 10th — and parred his way home.

DeChambeau started with three straight birdies and made seven in total in his second round.

If Pepperell and Dechambeau end up going head to head at the weekend, it will make for an interesting dynamic.

In August, Pepperell called the American a “twit” while criticizing his slow play at The Northern Trust tournament on the PGA Tour. Pepperell later apologized.