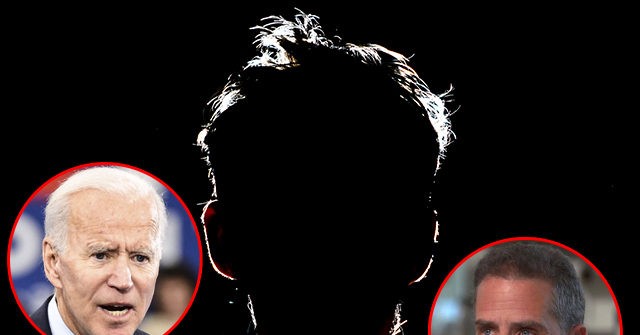 Sekulow is one of Trump’s legal advocates in his Senate impeachment trial. It remains unclear whether new witnesses will be allowed to participate in the ongoing trial.

Senate Majority Leader McConnell (R-KY) has said he would ultimately allow for a vote for both parties to call their witnesses.

Why they opened up the door as wide as a double door on the Hunter Biden, Joe Biden, Burisma issue, I guess they figured that was their way of getting ahead of it. We will address it.

I want you to think about this for a moment. Joe Biden was charged as vice president of the United States with Ukraine policy. That was his specific charge. His son went to work for, went on the board of, the Ukrainian gas company [Burisma]. First, the vice president said he knew nothing about it, but the State Department knew about it, because they were concerned when people were being put up for confirmation that that issue might arise. So believe me, you’ll hear about that issue too.

Hunter served on Burisma’s board of directors from 2014 to April of this year despite warnings from at least one Obama administration official that the company was corrupt.

In 2015, the office of then-Vice President Joe Biden rebuffed concerns of an Obama administration official that Burisma was corrupt.

On Wednesday, Breitbart News noted that the Democrat managers arguing the case for convicting Trump in the Senate after the House charged him with two articles of impeachment, perhaps inadvertently, made a case for the upper chamber to get depositions from the Bidens if new witnesses are allowed.

Democrats left the door open for hearing testimony from the Bidens in arguing that Trump had no legitimate interest in urging his Ukrainian counterpart to investigate the Bidens’ involvement with the allegedly corrupt company Burisma.

A “whistleblower” complaint accused Trump of engaging in a quid pro quo by coercing Ukraine into investigating the Bidens in exchange for security assistance. The complaint triggered Trump’s impeachment.

On Wednesday, the New York Times reported that Democrats sought to “preemptively dismantle” Trump’s defense in the Senate trial by bringing the Bidens into the conversation, noting:

[Democrats] worked to disprove his lawyers’ claims that he was acting only in the nation’s interests when he sought to enlist Ukraine to investigate political rivals.

In doing so, they took a calculated risk in talking at length about Mr. Trump’s targets — former Vice President Joseph R. Biden Jr. and his son Hunter Biden — and underscored the political backdrop of a trial that is unfolding only 10 months before the election and is likely to reverberate long after the verdict.

House Democrats claim they have compiled “overwhelming” evidence, but they insist that without new witnesses, Trump will be considered guilty despite the Senate’s verdict.

Some Democrat leaders have said they are not open to allowing Hunter Biden to testify in exchange for testimony from John Bolton, Trump’s former national security adviser.

Their dismissal of a witness swap came after the Washington Post reported early Wednesday that several Senate Democrats were considering trading the testimony of Hunter Biden for Bolton’s deposition.

On Wednesday, Lindsey Graham from South Carolina, the Republican chairman of the Senate Judiciary Committee, called for an investigation into the Bidens’ activities in Ukraine either by Congress or a special counsel-like figure.

Arguing that the Senate trial needs to come to a swift end, Graham came out against issuing a subpoena to compel Hunter Biden to testify if his counterparts vote to allow new witnesses.