Thousands are gathering on the National Mall for the 47th annual March for Life to celebrate the sanctity of life from conception to death and to advocate for the overturning of Roe v. Wade, the 1973 U.S. Supreme Court that made abortion on demand the law of the land and has resulted in an estimated 60 million deaths of unborn children.

And this year Donald Trump will make history as the first sitting U.S. president to speak in person at the march.

“We are deeply honored to welcome President Trump to the 47th annual March for Life,” Jeanne Mancini said in a statement. “He will be the first president in history to attend and we are so excited for him to experience in person how passionate our marchers are about life and protecting the unborn.”

“From the appointment of pro-life judges and federal workers, to cutting taxpayer funding for abortions here and abroad, to calling for an end to late-term abortions, President Trump and his administration have been consistent champions for life and their support for the March for Life has been unwavering.”

The event will feature many others speakers on the mall beginning at noon Eastern time ahead of the 1 p.m. march to the steps of the U.S. Supreme Court, including Jim Daley, president of Focus on the Family, Marjorie Dannenfelser, president of Susan B. Anthony List, Elisa Martinez founder of the New Mexico Alliance for Life, David Platt, pastor of McLean Bible Church, Rep. Katrina Jackson (D-LA), Rep. Chris Smith (R-NJ), Melissa Ohden, survivor of a failed saline infusion abortion, and Claire Culwell, survivor of a failed surgical abortion.

The theme of this year’s march is “Life Empowers: Pro-Life Is Pro-Woman:” 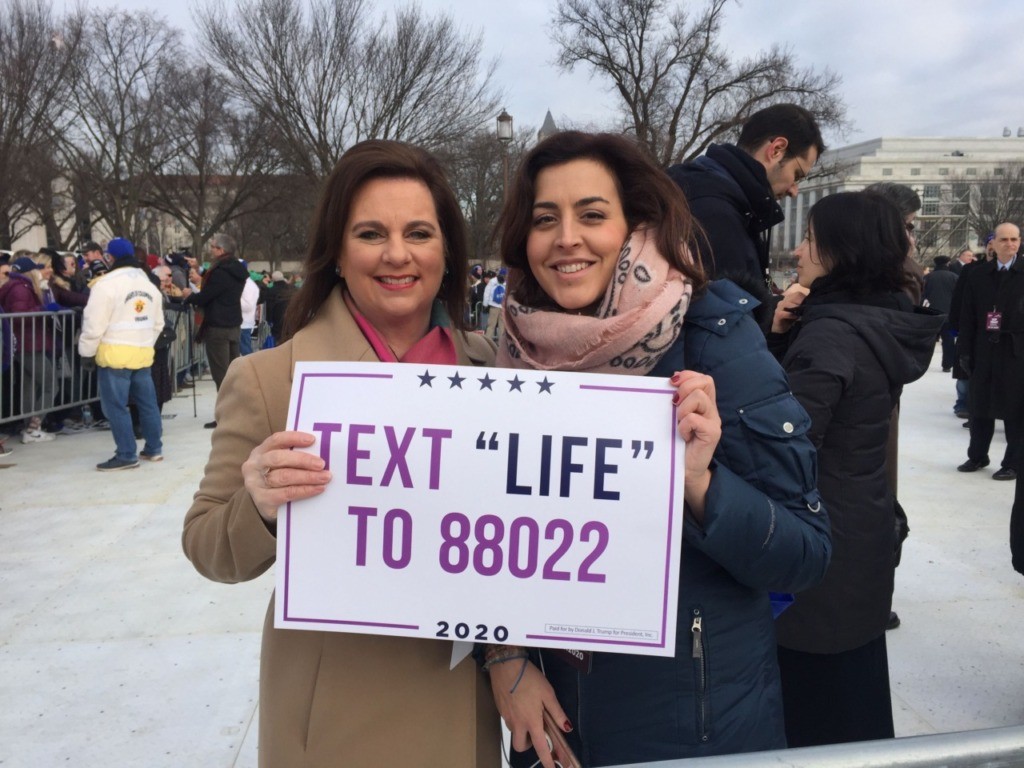 Marjorie Dannenfelser and Mallory Quigley of the Susan B. Anthony List ready to join the march. (Susan Berry/Breitbart News) 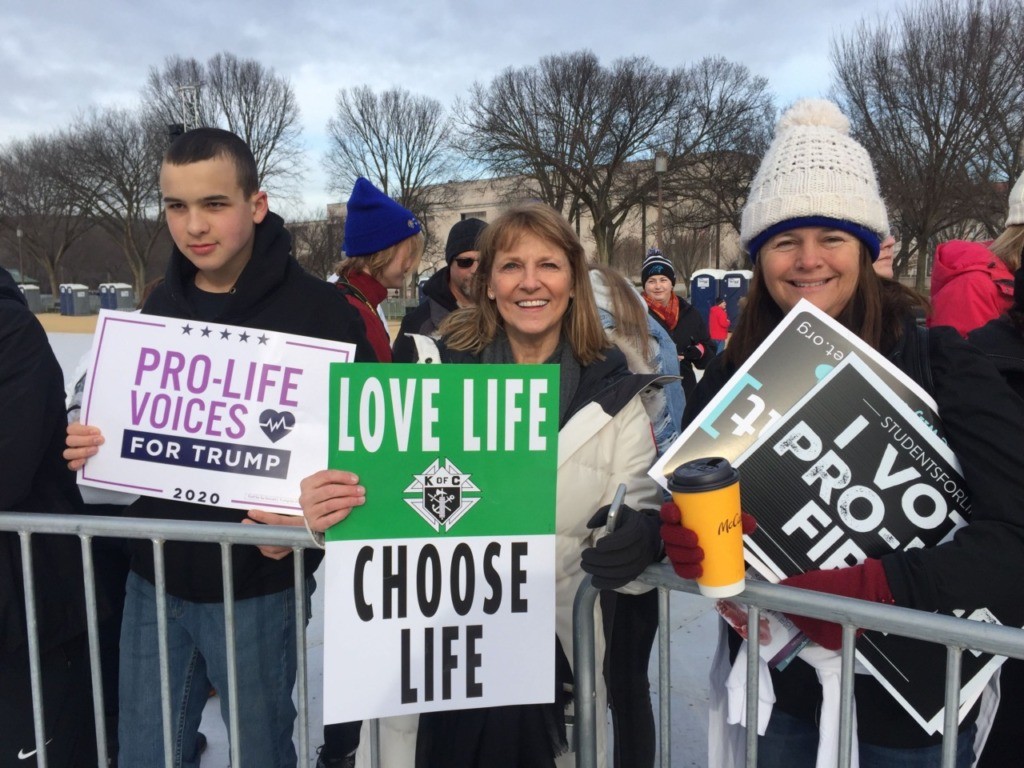 Pro-life marchers came from across the country to D.C., all prepared with their signs and their enthusiasm (Susan Berry/Breitbart News) 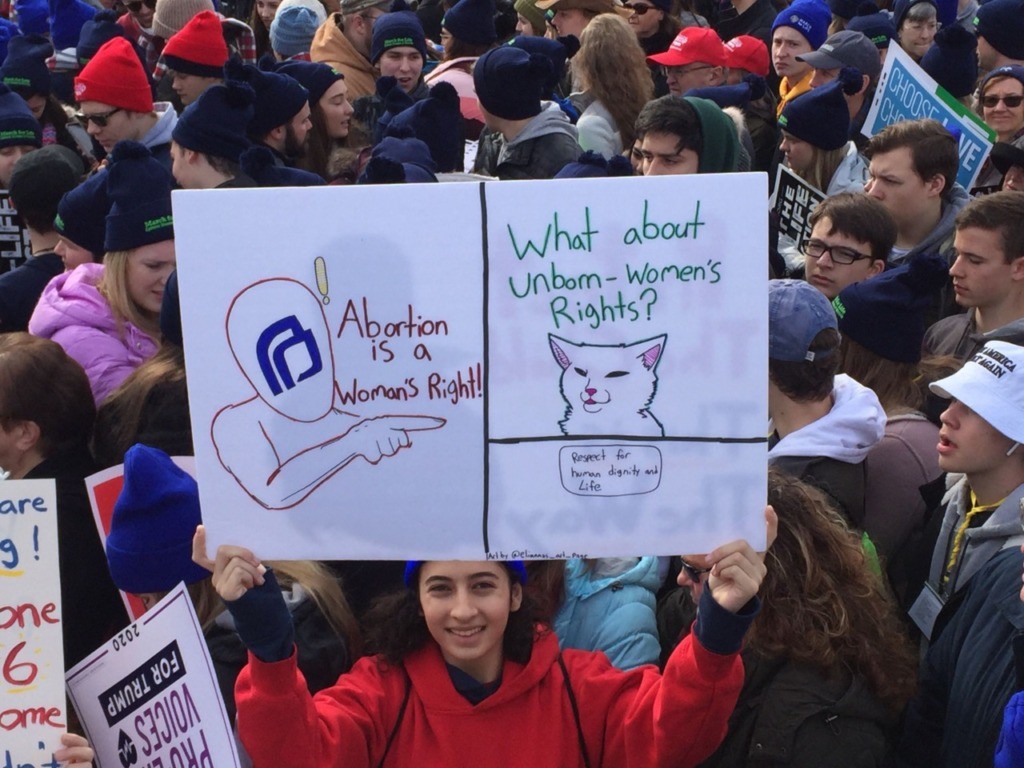 Another sign of the changing times on a crowded winter’s afternoon in D.C. (Susan Berry/Breitbart News)

“The right to life is a human right,” the march website states. “Our defense of that right is a joyful witness to the beauty and dignity of every human person.”

As Breitbart News reported, the pro-life movement is energized under Trump’s presidency:

The 2020 March for Life arrives during a period of optimism for the pro-life movement, as many states have passed laws restricting abortion, the Senate has confirmed over 150 of President Donald Trump’s judicial nominees, and the Supreme Court will take up an abortion case concerning a Louisiana law that requires abortionists to have admitting privileges at a nearby hospital.

In an interview with Breitbart News, Tom McClusky, vice president of government affairs for the march, agreed the pro-life movement is optimistic with “an energy that is positive.”

“But, if you’re in the pro-life movement, you’re automatically optimistic because you are for life,” he said. “You can’t be pessimistic and be for life.”