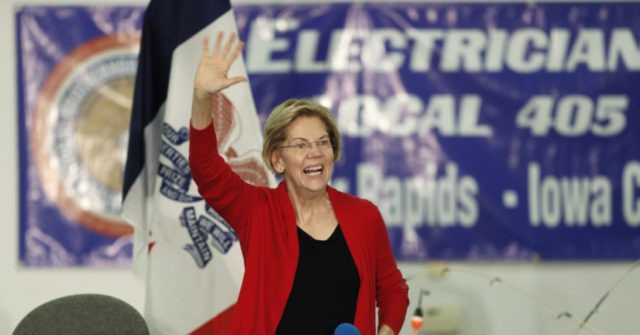 The Des Moines Register, Iowa’s biggest and most influential newspaper, has endorsed Sen. Elizabeth Warren (D-MA) for president ahead of the state’s first-in-the-nation caucuses, but admits some of her proposals “go too far.”

“At this moment, when the very fabric of American life is at stake,” the newspaper’s editorial board declared Saturday. “Elizabeth Warren is the president this nation needs.”

In its op-ed, the board attempted to dismiss fears that Warren is too left of center for voters, writing that the Massachusetts Democrat is actually “not the radical some perceive her to be,” pointing to her time as a registered Republican (She left the GOP in 1996) and her declaration of being a “capitalist.”

However, the newspaper did concede that Warren’s call for structural change “go too far,” including her tax and health care plans.

“This board could not endorse the wholesale overhaul of corporate governance or cumulative levels of taxation she proposes. While the board has long supported single-payer health insurance, it believes a gradual transition is the more realistic approach. But Warren is pushing in the right direction,” the paper qualified.

The Des Moines Register then went on to praise the Democrat field’s top-tier candidates, stating that former Vice President Joe Biden would “restore credibility in the White House and respect among allies around the world.” Of former South Bend, Indiana, Mayor Pete Buttigieg, the paper said he brings “refreshingly smart, youthful optimism.” Further, the editors praised Sen. Amy Klobuchar (D-MN) as a lawmaker with a track record of “bipartisan achievement” and Sen. Bernie Sanders (I-VT) as a champion for the working class.

Although the paper’s endorsement is perceived as high-prized by candidates, their backing has rarely shown to predict a candidate’s success in a general election, or even a primary contest.

The development comes after the New York Times‘ endorsed Warren and Klobuchar for president.

Earlier Saturday, a newly-released poll shows Sanders is leading his rivals in Iowa with just nine days before the state heads to the polls. According to a New York Times/Siena College survey, the Vermont senator has garnered 25 percent of voters’ approval. Buttigieg and Biden placed second and third, respectively, notching 18 percent and 17 percent. Warren finished in the fourth place spot with 15 percent.