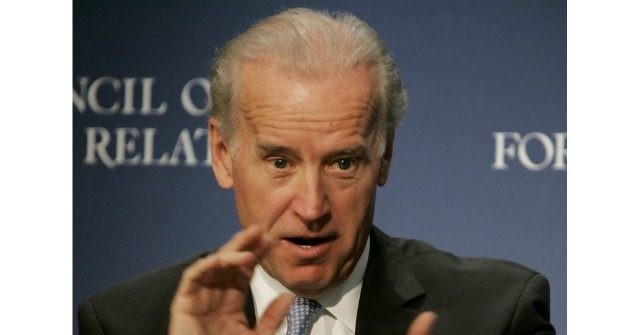 The Associated Press (AP) described the matter of Joe Biden’s leveraging of U.S. foreign aid to pressure Ukraine to fire a prosecutor investigating corruption at Burisma — a Ukrainian energy company upon whose board of directors Hunter Biden sat — in order to protect his second son as a “false narrative.”

In a column identifying differing perceptions of political goings on being related to varying news media consumption patterns, the AP dismisses Joe Biden’s admission that he threatened to withhold U.S. foreign aid from Ukraine if Ukrainian officials did not fire then-prosecutor Viktor Shokin.

The AP claimed, “[T]hose who followed a conservative media diet were much more likely to believe the false narrative that former Vice President Joe Biden called for a Ukrainian prosecutor’s removal to protect his son from being investigated.”

In January 2018, Joe Biden joined a discussion panel at the Council on Foreign Relations and admitted his pressuring of Ukraine to terminate Viktor Shokin in his former capacity as vice president and “point person” on Ukraine (transcript via RealClearPolitics):

And that is I’m desperately concerned about the backsliding on the part of Kiev in terms of corruption. They made—I mean, I’ll give you one concrete example. I was—not I, but it just happened to be that was the assignment I got. I got all the good ones. And so I got Ukraine. And I remember going over, convincing our team, our leaders to—convincing that we should be providing for loan guarantees. And I went over, I guess, the 12th, 13th time to Kiev. And I was supposed to announce that there was another billion-dollar loan guarantee. And I had gotten a commitment from Poroshenko and from Yatsenyuk that they would take action against the state prosecutor. And they didn’t.

So they said they had—they were walking out to a press conference. I said, nah, I’m not going to—or, we’re not going to give you the billion dollars. They said, you have no authority. You’re not the president. The president said—I said, call him.

Well, there’s still—so they made some genuine substantial changes institutionally and with people. But one of the three institutions, there’s now some backsliding.

Despite having no academic or professional background in energy or natural gas, Hunter Biden joined Burisma’s board of directors — where he was paid $83,000 per month — weeks after his father was announced “point person” on U.S. foreign policy toward Ukraine.