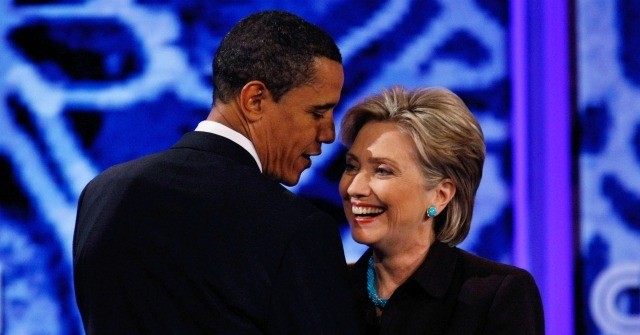 Then-President Barack Obama decried candidate Donald Trump as a “fascist” during a phone conversation with Sen. Tim Kaine (D-VA) amid the heat of the 2016 presidential election, the failed vice-presidential pick Kaine reveals in a forthcoming documentary on Hillary Clinton, according to NBC News.

In an episode of Hillary, a four-part documentary series airing on Hulu, about the former secretary of state’s life, Kaine recalls his conversation with Obama while conversing with Clinton and wife Anne Holton.

“President Obama called me last night and said, ‘Tim, remember, this is no time to be a purist. You’ve got to keep a fascist out of the White House,’” said the Virginia Democrat, adding that the then-president “knows me and he knows that I could tend to err.”

“I echo that sentiment,” Clinton replied. “But that’s really — the weight of our responsibility is so huge.”

The date of the exchange is unknown.

Obama’s reported characterization of President Trump is his strongest attack on the Republican known to date. The former president took a veiled shot at Trump in his 2016 Democrat National Convention speech, warning  “homegrown demagogues” threaten the United States.

Speaking Saturday at the Sundance film festival with The Atlantic’s Jeffrey Goldberg, Clinton expanded on thoughts about Obama’s pointed criticism.

“If you look at the definition [of fascist], which I’ve had the occasion to read several times,” said Clinton, “I think we can agree on several things: One, he has authoritarian tendencies and he admires authoritarian leaders, [Vladimir] Putin being his favorite,” she added. “He uses a form of really virulent nationalism. He identifies targets: immigrants, blacks, browns, gays, women, whoever the target of the day or week is … I think you see a lot of the characteristics of what we think of [as] nationalistic, fascistic kinds of tendencies and behaviors.”

Hillary is scheduled for a March 6 release on Hulu.