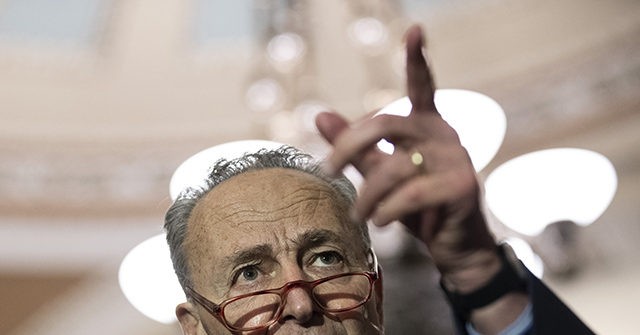 During a press conference on Saturday, Senate Minority Leader Chuck Schumer (D-NY) stated that during their presentation on Saturday, President Trump’s impeachment defense counsel unintentionally “made a really compelling case for why the Senate should call witnesses and documents.”

Schumer said, “Now, the first point that I would like to make is that the president’s counsel did something that they did not intend. They made a really compelling case for why the Senate should call witnesses and documents. They kept saying there are no eyewitness accounts. But there are people who have eyewitness accounts, the very four witnesses and the very four sets of documents that we have asked for. They made the argument that no one really knows what the president intended, it’s speculation, what the president intended when he cut off aid. But there are people who do know. Mick Mulvaney knows. In all likelihood, Mr. Blair knows. Mr. Bolton may know.”