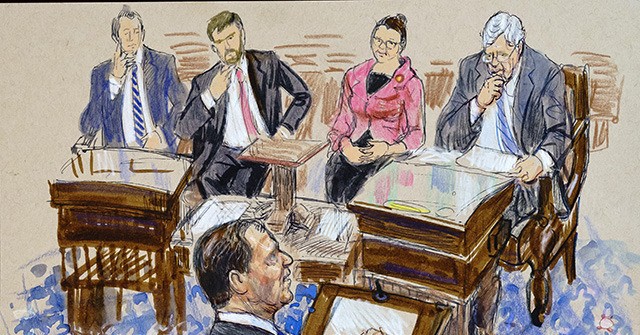 The Senate spectator gallery has remained half-empty during President Donald Trump’s impeachment trial, and some senators are stunned that more people are not taking note of the historic moments that are taking place in the chamber.

“I’m really surprised at that because this is kind of historic and I would think this would be an opportunity for people to get in there regardless of whose side you are on,” Sen. James Inhofe (R-OK) told the New York Post Friday.

Reporters are prohibited from bringing cellphones or cameras into the gallery, so the noticeably small audience in the chamber is known to only a few people that are able to witness it in person.

The spectator gallery offers a view of the Senate in a compact chamber as senators debate whether Trump should be removed from office.

It is almost assured that Trump has the votes to be acquitted of all charges because there would need to be two-thirds of votes or 20 Republicans who defected for Trump to be convicted of the two charges against him.

Some Republicans blamed the Democrats’ lackluster opening arguments for the low attendance.

“You know, 28 hours of hearing the same thing over and over again isn’t all that exciting,” said Sen. Rand Paul (R-KY), who told the Post he had passed the time doing crossword puzzles.

Some Democrats said the low attendance had nothing to do with disinterest but had more to do with being less convenient than watching it on television.

“Because it’s on television, it’s a convenient alternative to coming in,” said Sen. Jack Reed (D-RI).

Sen. Mike Rounds (R-SD) added that Senate staffers have avoided showing up to the proceedings because of a ban on note-taking outside the press section.

“They can do more work in the office where they have an ability to take notes,” he said.

The House of Representatives voted in December to charge Trump with abuse of power and obstruction of Congress, two charges which lawyer Alan Dershowitz has argued are “noncriminal actions.”