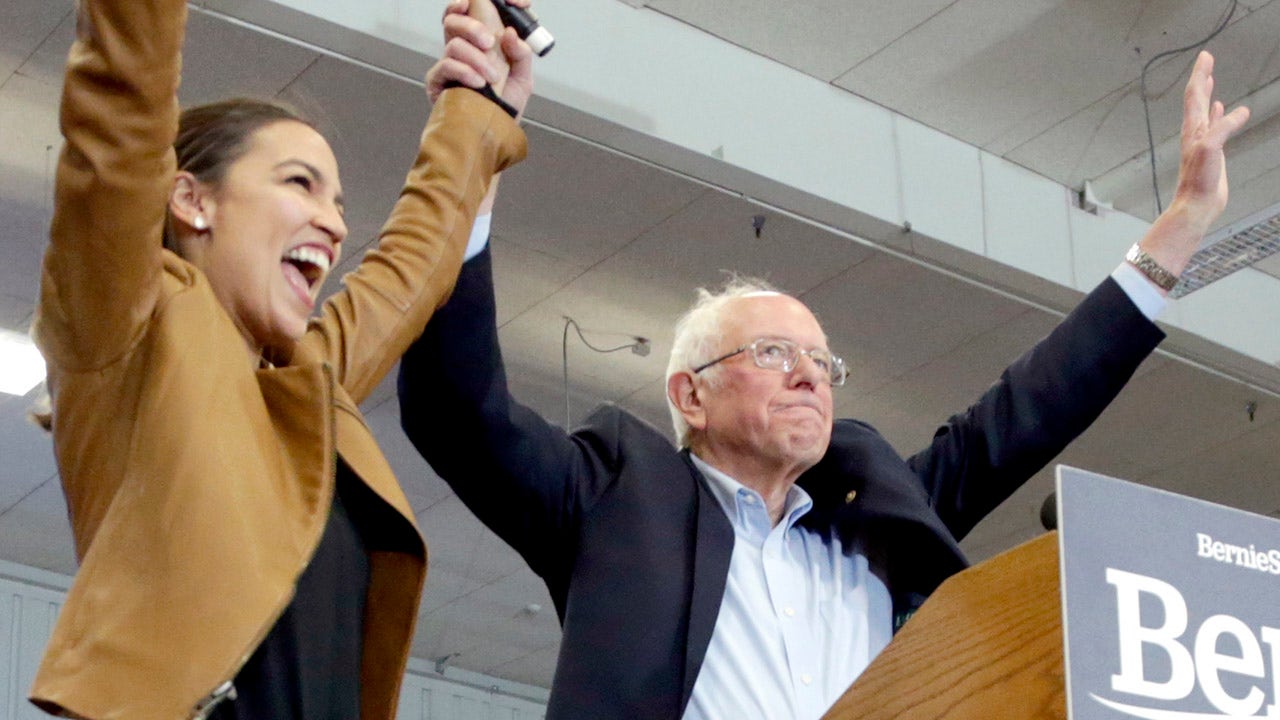 It was just one of many tips the New York Democrat had for a crowd in Ames, Iowa, as she continued stumping for Sanders ahead of the state’s presidential caucuses on Feb. 3.

Unlike a Friday night event in Iowa City, in which Ocasio-Cortez promoted progressive causes like the Green New Deal, government-funded health care and immigration reform — but never mentioned the name of Sanders, who was absent because of Senate impeachment trial duties in Washington — the 30-year-old freshman congresswoman on Saturday, with the 78-year-old Sanders now in attendance, reminded the crowd who she supported.

“We need a true Green New Deal in this country,” she said. “Sen. Sanders has the largest plan in the field to address the climate crisis. I’m here because we need true immigration justice. And I’m not here to reform some of these systems when we talk about immigration, I’m here because Sen. Sanders has truly committed to breaking up ICE (Immigration and Customs Enforcement) and CBP (Customs and Border Protection).”

As for Sanders himself, the independent U.S. senator from Vermont spent much of his speech in Ames blasting President Trump — just one week after Trump defended Sanders following an attack by his Democratic progressive rival, Sen. Elizabeth Warren of Massachusetts.

“We can have our differences of opinion,” Sanders added. “But we do not need somebody like Donald Trump in the White House, who forces parents to turn off the TV when kids are in the room – who is an embarrassment to us all over the world.”

The Vermont progressive also referred to Trump as “the most dangerous president in the modern history of America” and claimed his policies on climate change threaten the entire world.

“Donald Trump is doing many bad things for our country,” he said. “In terms of climate change, he is rejecting science. We cannot have a government that rejects science.”

Sanders also echoed Ocasio-Cortez’s emphasis on engaging young voters and said increasing voter turnout is the only way to make a lasting impact, that transcends the ballot box.

“If you are tired of student debt — if you are sick and tired and scared about climate change — If you are disgusted with racism and sexism… if you believe health care is a human right, you can’t sit it out,” he said.

“You can’t complain. You have to be involved. If young people were to vote in Iowa and in this national election at the same rate as older people — not only will we beat Trump, but we lay the groundwork for transforming this country.”

As for his policy agenda, Sanders echoed his previous calls for a Green New Deal, Medicare-for-all, and the elimination of student debt.

“We can cancel all student debt in America with a modest tax on Wall Street speculation,” he proposed.