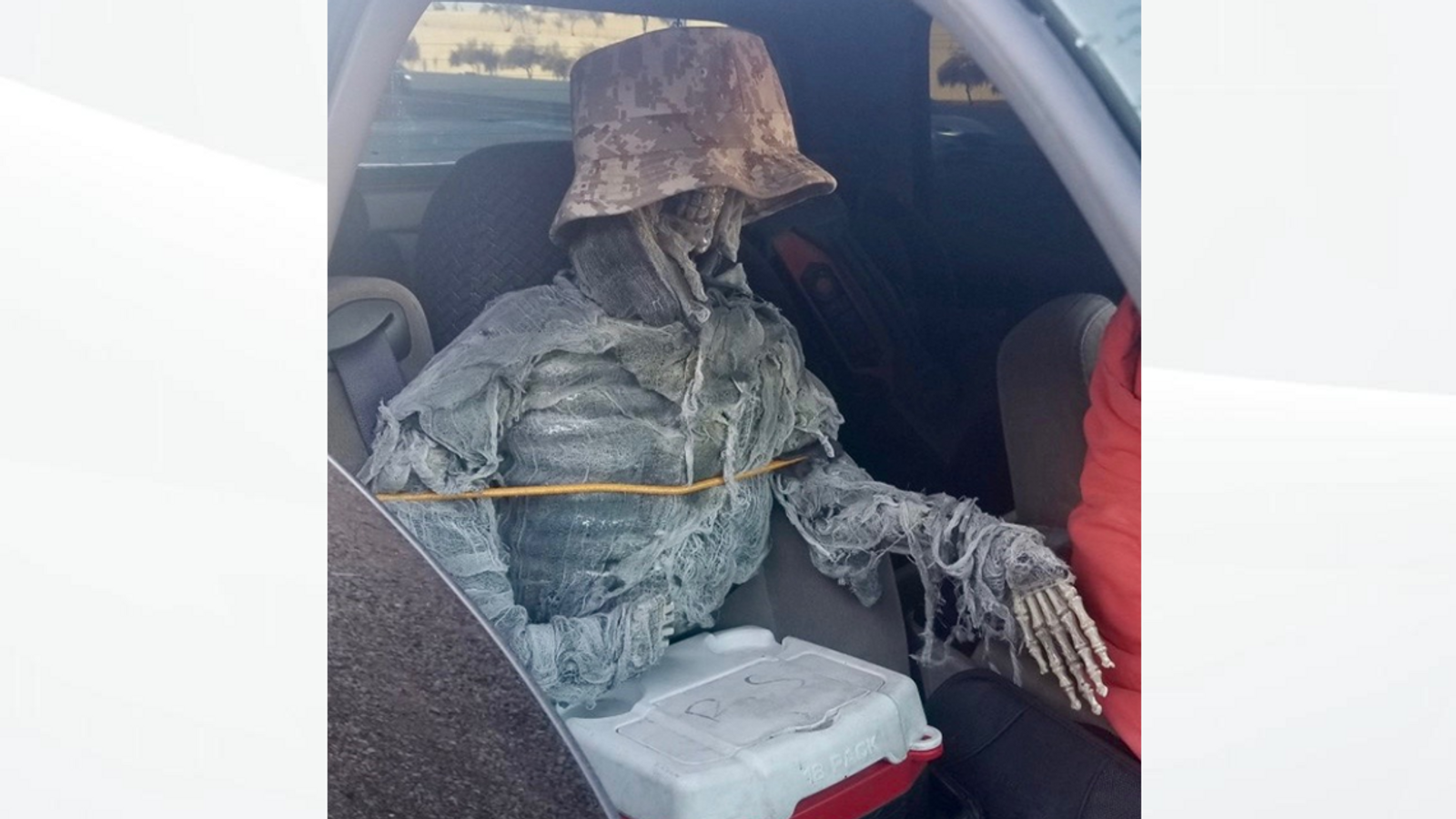 A motorist who plonked a fake skeleton in his passenger seat so he could use a high occupancy vehicle (HOV) lane has been fined.

Police in Arizona stopped the 62-year-old man after spotting the odd-looking companion in his front seat.

The plastic skeleton – complete with a spooky outfit and a camouflage bucket hat – had a cool box between its legs and was secured to the seat with yellow rope.

Arizona’s Department of Public Safety tweeted: “Think you can use the HOV lane with Skeletor riding shotgun? You’re dead wrong!

“One of our motor troopers cited the 62-year-old male driver for HOV & window tint violations on SR-101 near Apache Blvd this morning. #NiceTry #YoureNotHeMan #AZTroopers”

High occupancy vehicle lanes are used to ease traffic congestion for motorists with passengers in the car.

Officials in Arizona say more than 7,000 drivers are penalised for flouting the rules every year.

Last April, police pulled over a man who had a mannequin wearing a sweatshirt, baseball cap and sunglasses in his front seat.