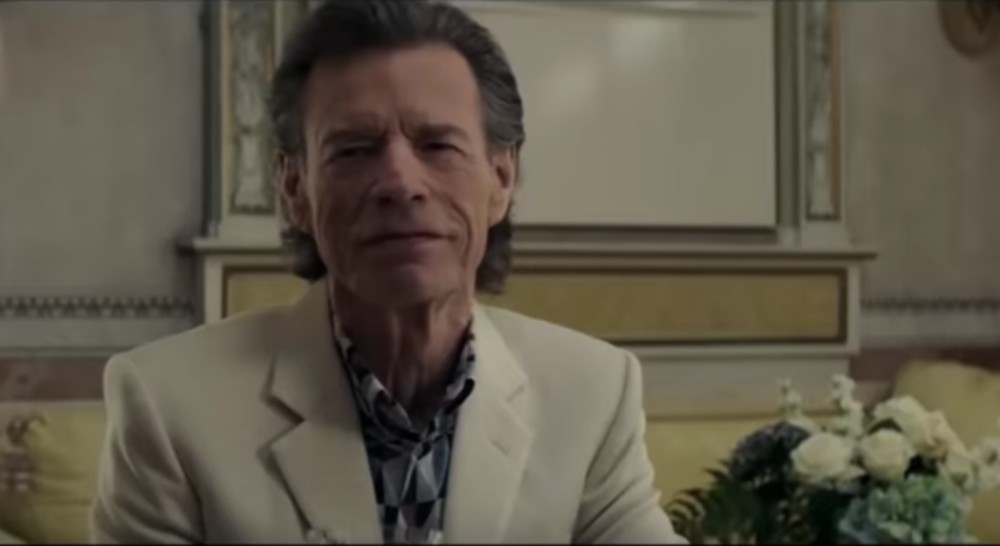 Mick Jagger is acting again, which anyone who has seen the 1992 cyberpunk mess Freejack will admit is a brave move on the Rolling Stones frontman’s part. Jagger’s most recent silver screen foray entails him playing Joseph Cassidy, a sinister art dealer who may or may not be in league with the devil in the neo-noir thriller The Burnt Orange Heresy.

The film is set in Italy and was directed by Giuseppe Capotondi, and adapted for the screen from the 1971 crime novel of the same name by Scott B. Smith. Jagger is joined onscreen by Donald Sutherland, Claes Bang, and Elizabeth Debicki.

While the film was making the festival rounds last fall, Capotondi discussed what it was like working with the iconic rock star.

“We heard that he was looking for a last film to make and so we sent the script,” Capotondi told Billboard. “He liked it, and I went to London to see him. It was very unnerving before going in, but he’s just a gentle soul. He wanted to do it, and then when he was on set, it was just like any other director and actor. He wasn’t a Mick Jagger from the Rolling Stones.”

He added: “It’s working with the legend, but the good thing is that he doesn’t act like one.”

Yeah, tell that to John Mulaney.

The Burnt Orange Heresy opens on Los Angeles and New York on March 6.