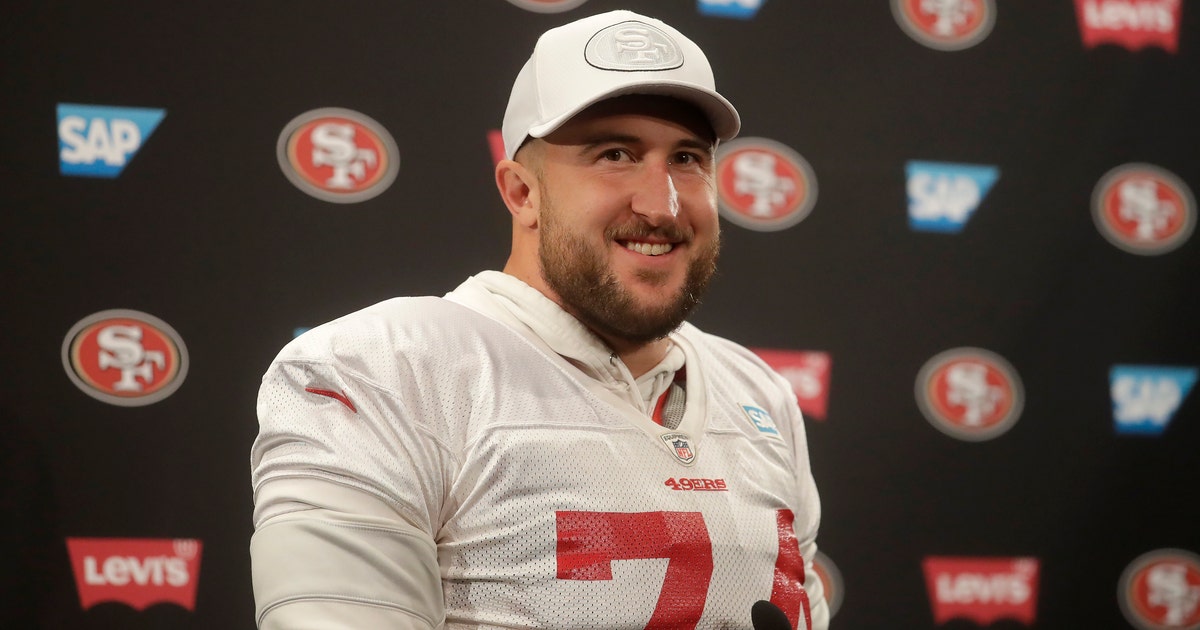 SANTA CLARA, Calif. (AP) — When the San Francisco 49ers were mired in a two-win season back in 2016 and headed to a third straight offseason with a coaching change, Joe Staley wondered if it was still worth the sacrifices needed to play offensive line in such a grueling sport.

He had gone from three straight trips to the NFC title game to a three-year stretch that featured only 15 wins and three coaching changes.

“I’d be lying to you if I said, ‘No, I always believed,’” Staley said. “But there were some dark years here in the franchise, it’s been well written about and reported on. But once I met Kyle and John and the vision they had for the franchise, I was pretty confident we were going to get there. I was just happy I was still feeling the way I felt, still had years left to play, was going to be able to see this through.”

The turnaround was far from sudden as the Niners lost their first nine games under the new regime in 2017 and then started 1-7 the next year, winning a combined 10 games in two seasons.

But Staley never lost his faith, signing a $28 million, two-year extension this offseason that keeps him under contract through 2021. That patience has been rewarded with his second trip to the Super Bowl.

“It really played out exactly like they spelled it out in 2017, so once they were here, I knew it was a special, special group,” Staley said. “Kyle’s a special coach and the staff that he’s brought here has been unbelievable. Top to bottom it’s a special team.”

The feeling between coach and player is mutual, with Shanahan saying he’s grateful for the praise from Staley. Shanahan also said he understood the frustration Staley felt with losing but never saw any on-field reasons why he should step away.

“I thought he looked as good when we got here as he ever had and I think he looks even better now,” Shanahan said. “That always surprised me, but I think Joe really loves football and I don’t think he wasn’t having that much fun. It’s never fun when you aren’t winning and that’s what was hard for me. I thought he did buy in, and to start out 0-9 and watch his frustration with that. He kept doing it the right way.”

The 35-year-old Staley, a first-round pick in 2007, has been a big part of the turnaround as he finishes up his 13th season in San Francisco that has included six coaches and multiple roster overhauls.

Through it all the constant has been Staley, the only player on the active roster left from the team that went to the Super Bowl following the 2012 season under Jim Harbaugh.

“He’s seen the ups and downs,” teammate Mike McGlinchey said. “He’s been to one before with this organization and there were some dark years that followed that and the dark years started happening when he was in the latter end of his career which is really hard on a player. But he stuck with it and we’re starting to reap the rewards. I’m super excited for him to be able to get this opportunity and hopefully we can win it for him.”

Despite being plagued by injuries all season after missing six games with a broken leg suffered in Week 2 and then three more after breaking his finger in his first game back in November, Staley is still performing at an elite level.

He’s a key part of a dominant line that has powered a ground game that has rushed for 471 yards in two playoff games and has protected Jimmy Garoppolo well all season.

Staley has allowed pressure on just 2.8% of his pass blocks, according to Pro Football Focus, ranking second among all tackles this season to Baltimore All-Pro Ronnie Stanley.

But his impact goes far beyond just blocking as he is one of the leaders of the team.

“It’s huge to have him, especially just big moments, games like this,” Garoppolo said. “We’ve had them throughout the entire end of the season, it feels like, these big games. But, just having a guy like that who could calm everything down, put everything in perspective, things like that. Joe’s done phenomenal on the field, and the things he does off the field go very unnoticed, but it carries us a long way.”