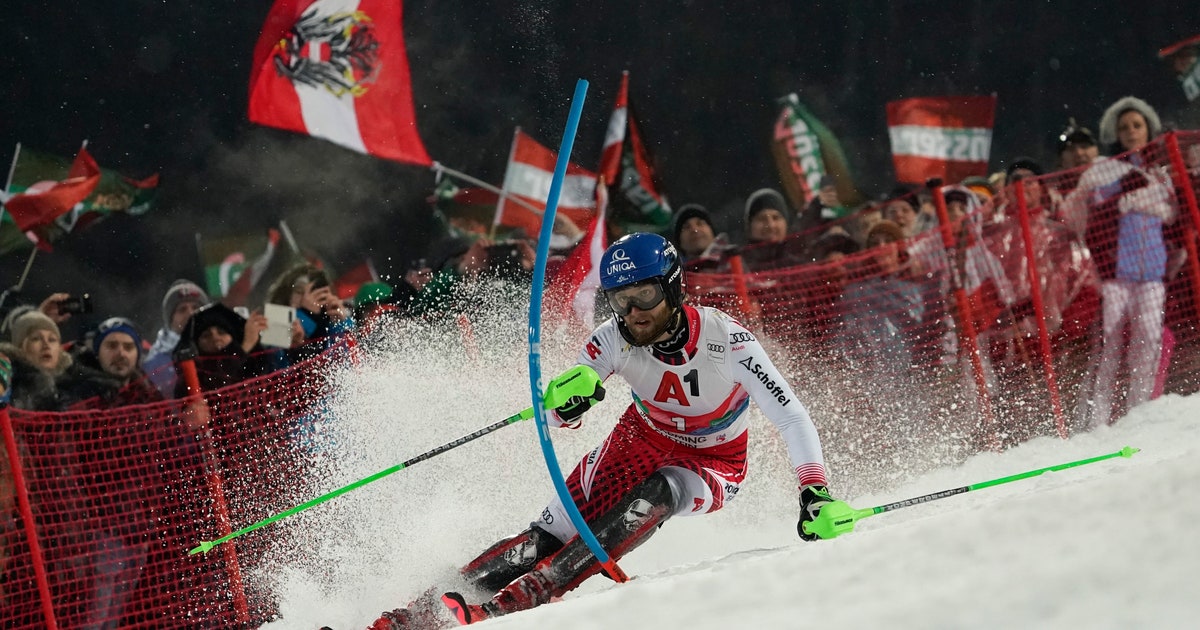 SCHLADMING, Austria (AP) — Marco Schwarz posted the fastest time in the opening run of a men’s World Cup night race on Tuesday, giving his home crowd of over 40,000 hope for the first Austrian slalom win of the season.

Schwarz clocked 51.41 seconds on the challenging course used for the 2013 world championships and was 0.14 faster than Henrik Kristoffersen, who leads the slalom and overall standings.

Alexis Pinturault, another contender for the overall title, was 0.32 behind in third.

Swiss skier Daniel Yule, who got his third win of the season at the slalom in Kitzbuehel two days ago, was fourth and had 0.75 to make up in the second run.

Looking for his third win of the season, Clement Noel lost balance early in his run and finished 2.36 seconds off the lead. The Frenchman ranked 30th and only just qualified for the second run.

Schwarz opened the race with a solid run, hours after rain and snowfall had affected the Planai course.

“Start No. 1 suited me but the upper part was difficult,” said the Austrian, who has eight career podium results and two wins, both in January 2019.

“It’s really cool to be leading in Schladming,” he added. “I have strong nerves and I will show it.”

In its first season after the retirement of standout Marcel Hirscher, the Austrian ski team is still waiting for a victory in a slalom or GS.

Schwarz is the only team member with podium results in technical races so far, as he finished third in the Adelboden slalom and runner-up in Kitzbuehel this month.

Hirscher, the record eight-time overall champion, racked up 32 slalom and 31 GS wins before ending his career in September.