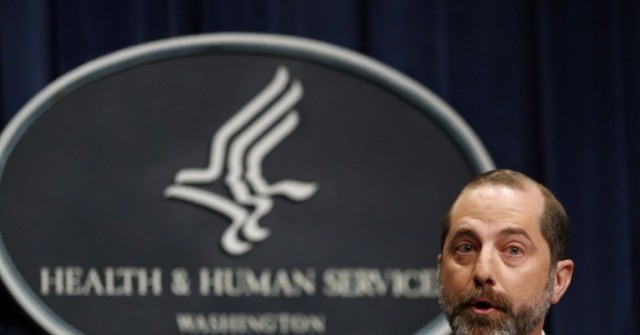 U.S. health officials said that they have been offering for weeks to send experts to help China combat the coronavirus that has claimed at least 106 lives.

At press conference Tuesday, U.S. Health and Human Services Secretary Alex Azar said the U.S.  first offered to send experts from the Centers for Disease Control and Prevention on January 6 but China has not yet accepted the offer.

“CDC experts are standing by, ready willing and able to go immediately to China, either on a bilateral basis or under the auspices of the World Health Organization,” Azar said. “This is a major public health issue and we basically just need the best public health people we have in the world working on this.”

U.S. personnel could aid China in answering critical public health questions about how the virus spreads, its incubation period, and if it can be spread by those not yet showing symptoms, CDC Director Robert Redfield said.

“We are urging China: more cooperation and transparency are the most important steps you can take toward a more effective response,” Azar said.

Although U.S. officials appeared to be frustrated by China’s apparent reluctance to accept aid, they emphasized that China has been far more cooperative than it was during the 2003 SARS outbreak.

Azar described his conversations with Chinese counterparts as “very hopeful and productive.” Azar said the CDC was able to quickly develop a rapid diagnostic test because China had made the virus’ genome available.

Azar also said that the U.S. would be willing to implement travel restrictions if it decides that such measures are appropriate.

“In terms of travel restrictions, as I spoke about in my opening remarks, it’s important to not take anything off the table with a rapidly emerging novel infectious disease,” Azar said.

World Health Organization said on Tuesday that China has agreed to allow international experts to China as soon as possible but did not specify if that included U.S. officials.