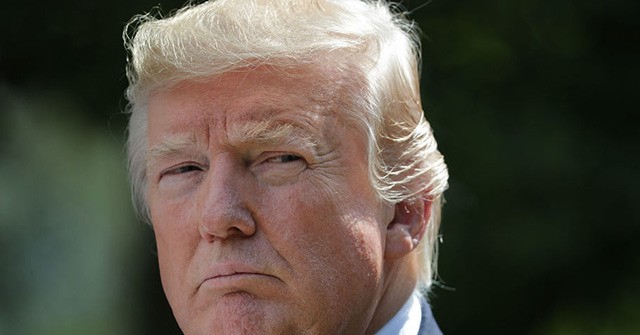 Attribution of unverifiable malicious motives to Trump’s conduct is an attempt to criminalize lawful execution of presidential authority, explained Yoo.

“The only thing that really separates for the Democrats what would be perfectly legitimate on its face — asking for the investigation [of Joe Biden in Ukraine], delaying the aid [to Ukraine] a little bit — to something impeachable, the only thing that makes it impeachable is what was in President Trump’s mind when he did it,” said Yoo. “What was his mental state? This is an argument you have seen Democrats make repeatedly against President Trump in things like the travel ban to the wall.”

Yoo went on, “Things that are perfectly legitimate actions of government are transformed into misdeeds and even into impeachable conduct just because [Democrats] think President Trump has the wrong motives or state of mind. That is impossible to prove, and if you allow a Congress to impeach presidents in the future just for things they think or [for having] a bad motive — but the actions themselves are perfectly legitimate — you would destroy the independence of the presidency which would, I think, would do long-term harm to the country.”

Mansour asked if the president’s legal defense team in the Senate impeachment trial should acknowledge Trump’s intent to investigate allegations of corruption against Joe Biden and Hunter Biden in relation to Ukraine and Ukrainian gas company Burisma. “I don’t understand why the defense team didn’t just come out and say, ‘Yeah, we did want to look into it,’” she said.

Yoo explained that even if Democrats’ accusations regarding Trump’s motives behind his conduct towards Ukraine are true, the president’s conduct does not amount to impeachable conduct. “In other words, you say, ‘Suppose everything you say, Democrats, are true. We’ll just say it’s for the purpose of argument [that] everything you said is true. It still just doesn’t meet the constitutional standard for impeachment and removal from office.’”

Yoo added, “Even if everything the Democrats allege is true — and it’s not clear that it is — but suppose you did, it just doesn’t come close to doing the country any harm, and in fact, one could say that the president ending up supporting Ukraine with lethal aid and defending Ukraine against Russian aggression far more effectively than anything the Obama administration did.”

In a July 2019 phone call, Trump asked Ukrainian President Volodymyr Zelensky to “look into” Joe Biden’s boast of forcing the removal of a Ukrainian prosecutor through the withholding of U.S. foreign aid.

“If I were the president’s defense team, I would have made the argument about the elections even stronger,” said Yoo. “The Democrats are almost asking the Senate to deprive the American people of their chance to give their verdict on President Trump and to make their choice about whether to renew him in office and to decide whether they approve of what he’s done, or not.”