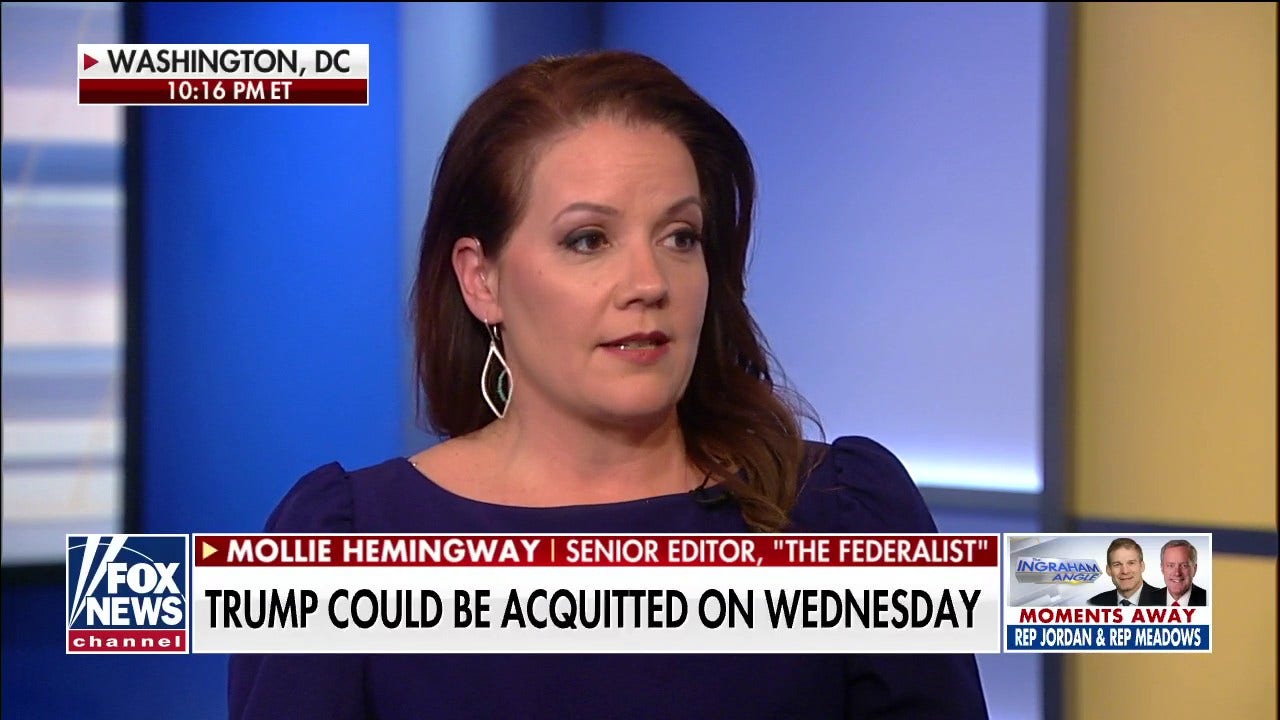 Democrats knew they never had the legislative clout to get President Trump removed from office, but did know they could try to influence Americans’ opinions about him, Mollie Hemingway said Friday.

“Nobody ever thought this impeachment would ever lead to the removal of the president,” Hemingway, a senior editor for The Federalist, said on Fox News’ “The Ingraham Angle.” “It was always about affecting voters’ thoughts about the president.”

“It was always about affecting voters’ thoughts about the president.”

Statements made by some Democrats during this week’s Senate impeachment trial showed they didn’t trust voters to choose the president they wanted, Hemingway added.

DEVIN NUNES: TRUMP WILL BE ACQUITTED NEXT WEEK, BUT NADLER, SCHIFF WON’T LET IT END THERE

Host Laura Ingraham then asked if the same were true for Democrats’ trust of their own voting base.

Hemingway responded that supporters of progressive candidate Bernie Sanders — the independent U.S. senator from Vermont who has been rising in the polls — would likely say yes. She called that phenomenon the “follow-up” of the idea that the Democratic Party leadership doesn’t trust the electorate.

“There seems to be a lot of concern in the Democratic Party about the rise of Bernie Sanders and there are some drastic measures that people are trying to take to prevent his rise and a high degree of meddling there,” she said.

“There seems to be a lot of concern in the Democratic Party about the rise of Bernie Sanders and there are some drastic measures that people are trying to take to prevent his rise.”

Democratic Party leaders have been criticized for making a tweak to the February debate criteria that may pave the way for former New York City Mayor Michael Bloomberg to make the cut.

“To now change the rules in the middle of the game to accommodate Mike Bloomberg, who is trying to buy his way into the Democratic nomination, is wrong,” Weaver said. “That’s the definition of a rigged system.”

Ingraham added that liberal filmmaker Michael Moore — a Sanders supporter — “went absolutely ballistic” in Iowa at the news that Bloomberg might be included.