First off, before we get to the Groundhog Day holiday, I must confess about my obsession with the movie “Groundhog Day.”

It’s definitely in my top 5 favorite films of all time. I still have the worn-out VHS copy in my collection that I can’t bear to get rid of even though I don’t have a VHS anymore!

Actor Bill Murray is the perfect as the cynical deadpan weatherman Phil Connors who keeps waking up to the exact same day – February 2nd in Punxsutawney, Pa. while he’s there to cover the great tradition of finding out whether the groundhog will see his shadow and we’ll all have six more weeks of winter.

GROUNDHOG DAY STAR PUNXSUTAWNEY PHIL SHOULD RETIRE AND BE REPLACED BY A ROBOT, PETA SAYS

I’m one of those annoying people that can recite some of the funniest lines as they are happening. Allow me to demonstrate:

Phil: “This is pitiful. A thousand people freezing their butts off waiting to worship a rat. What a hype. Groundhog Day used to mean something in this town. They used to pull the hog out, and they used to eat it. You’re hypocrites, all of you!”

Phil: “There is no way that this winter is ever going to end as long as this groundhog keeps seeing his shadow. I don’t see any other way out. He’s got to be stopped. And I have to stop him.”

Phil: “Come on, all the long-distance lines are down? What about the satellite? Is it snowing in space? Don’t you have some kind of a line that you keep open for emergencies or for celebrities? I’m both. I’m a celebrity in an emergency.” 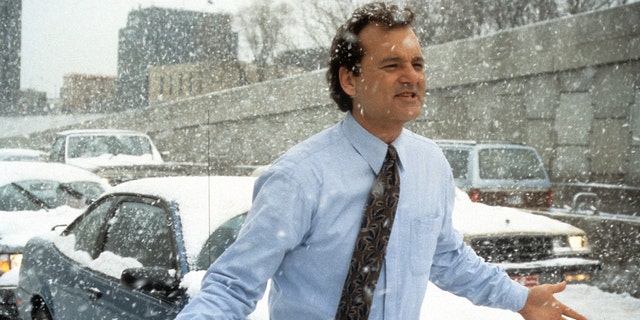 Bill Murray runs through the snow in a scene from the film ‘Groundhog Day’, 1993. (Photo by Columbia Pictures/Getty Images)

Alright… back to why I love one of our nation’s oldest traditions: It celebrates what I do for a living: THE WEATHER!

Back in 1887, groundhog Punxsutawney Phil was first given the task of predicting the next 6 weeks of winter. The Punxsutawney Groundhog Club, of Punxsutawney, Pennsylvania, takes care of Phil year-round, and on each Feb. 2, members of the club’s inner circle gently nudge him to wake up at sunrise to see if he sees his shadow.

If he does, it’s 6 more weeks of cold and snow. If not, spring will arrive early!

It’s a simple formula but the pomp and circumstance surrounding it is epic and should be on everyone’s bucket list. I must admit, I am incredibly biased when it comes to the groundhog.

Punxsutawney has a special place in my heart because, in 2017, I was given the incredible honor of being inducted into the Punxsutawney Meteorologist Hall of Fame. My plaque and picture are proudly displayed in the Punxsutawney Weather Discovery Center along with some pretty amazing forecasters and academics. 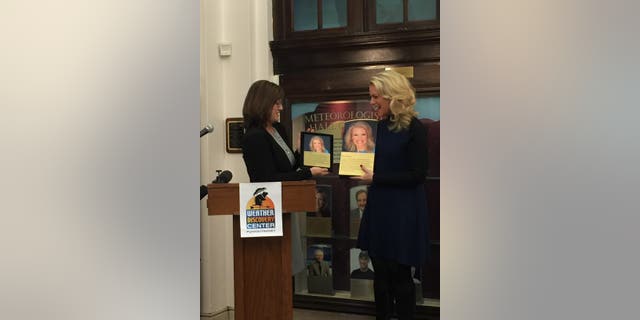 That year, I brought my whole family with me and, just like Phil Connors, we all woke up at 3:00 a.m. and headed to Gobbler’s Knob to see the “seer of seers, sage of sages, prognosticator of prognosticators and weather prophet extraordinary” wake up from his long winter’s nap to predict whether there would be six more weeks of winter.  And just like in the movie, my family stayed at a local bed-and-breakfast with a kind resident named Shirley who has lived in Punxsutawney her whole life. 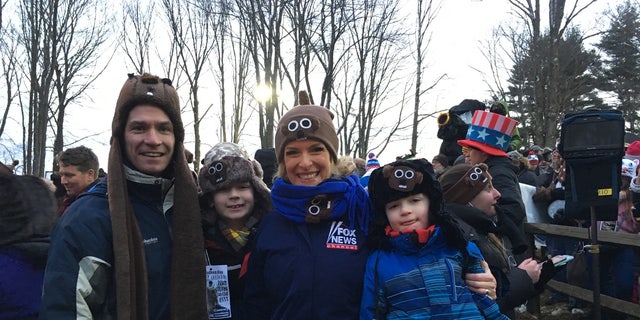 Janice with her family in Punxsutawney, Pa. in 2017 (Courtesy of the author)

The experience was one I will never forget. The whole city (of just over 5,000 people) gets excited for this day weeks in advance. Hotels are booked months in advance and their tourist dollars rely on this event every year. 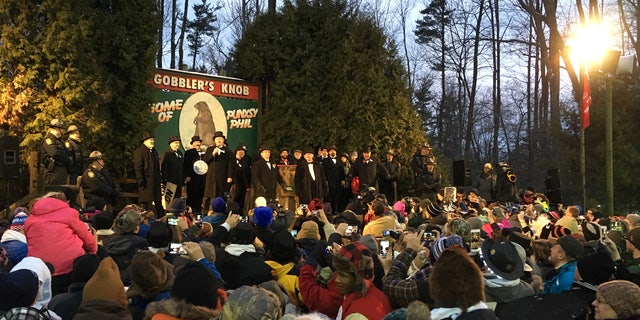 People come from all over the country to see the groundhog in its full glory. And the year I went with my family, I had the honor and privilege to meet Phil who lives in the library with his wife Phyllis during the offseason.

At the time of the meeting, he was sleepy, and I wasn’t able to have a full conversation with him, but it will still be something I will remember and is up there as far as status goes along with rock stars and celebrities.

In terms of Phil’s forecasting abilities (whispering so he doesn’t hear me) the groundhog’s track record isn’t that great. He’s been correct only 39 percent of the time, however (and this needs to be reported more often) this discrepancy in poor forecasting is because his wording gets lost in translation. 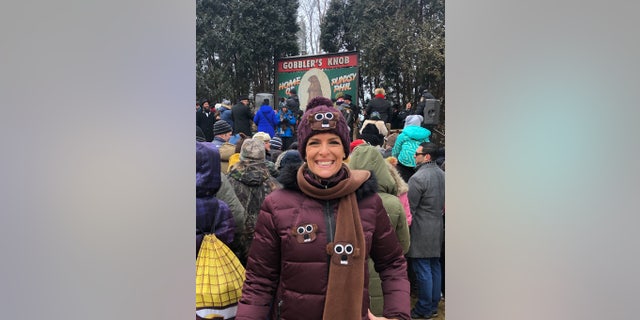 Retired handler Ron Ploucha says there have been many years when the president of the groundhog club misinterpreted what Phil said because he speaks the very rare language of GROUNDHOGESE. (Do not laugh. Google it if you have to.) 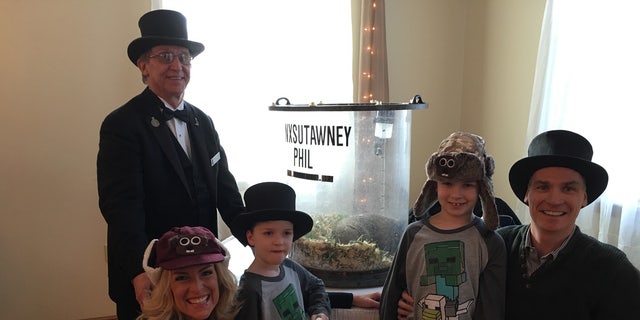 Janice and her family meet Phil the groundhog.

Since there’s only one Phil, and this tradition has been happening for over 100 years, I asked his entourage how he stays so young.

Apparently there’s a magical “Groundhog Punch” that he’s fed every summer at the annual Groundhog Picnic that extends his life for another seven years.

I asked his inner circle if I could try some of this incredible elixir and they looked at me with horror and told me humans aren’t allowed to try it. Darn it.

Phil predicted an early spring in 2019 (I was there for “Fox & Friends” for the rare forecast) but I’m going to place my bet that he says 6 more weeks of winter in 2020 despite the fact that the Northeast has experienced a relatively mind winter so far.

As for the forecasting done by computers and humans, anything beyond a 7-day forecast sometimes is a coin toss. — Especially when it comes to predicting long-range winter storms.

So Phil is doing something that is very tough to begin with. But, we have to respect his craft, and I’m just grateful he makes weather forecasting a thing to celebrate.

Keep up the good work, Phil. And let me know if you ever decide to sell that special elixir that keeps you looking so young.