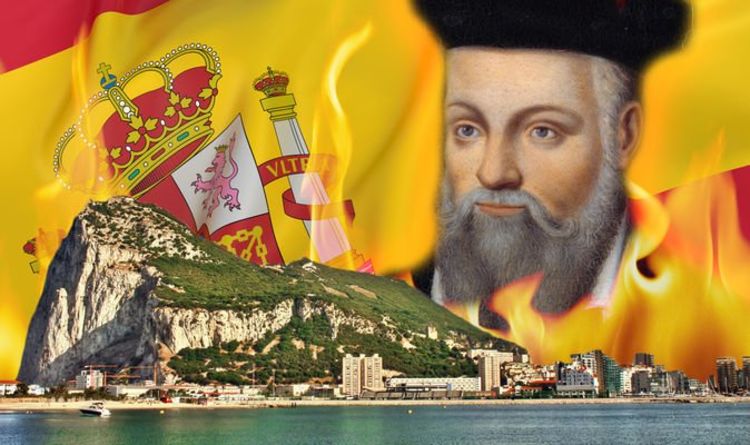 And if the latest claims about Nostradamus are to be believed, Spain could one day wrestle control over Gibraltar from the UK.

According to Tilda Negri’s website To-En.gr, which means The One in Greek, Nostradamus spoke of Gibraltar in his 1555 tome of works know as Les Prophéties.

One passage in particular references a “maritime tower” that will be captured three times by different tribes.

The passage in question, Century 1: Quatrain 71, reads: “The maritime tower will be captured and retaken three times

“by Spaniards, Barbarians and Ligurians.

“Marseilles and Aix, Ales by men of Pisa,

“devastation, fire, sword, pillage at Avignon by the Turinese.”