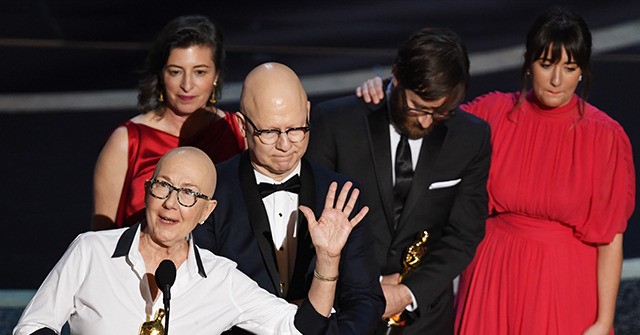 The filmmaker for a President Barack Obama-produced documentary quoted the famous rallying cries of the Communist Manifesto by Karl Marx and the Soviet Union during her acceptance speech.

“Working people have it harder and harder these days—and we believe that things will get better when workers of the world unite,” Reichert said.

Julia Reichert of “American Factory”: “Working people have it harder and harder these days—and we believe that things will get better when workers of the world unite.” https://t.co/bffyIA57Vs #Oscars pic.twitter.com/iGXuSP7Ua4

The quote was also famously one of the official mottos of the Soviet Union before its fall. Communist regimes in the last century were responsible for the murder of more than 100 million people — including tens of millions murdered by the Soviet Union.

The documentary film American Factory focuses on the efforts of a Chinese company’s purchase and repurposing of a closed American factory.

President Obama tweeted out his congratulations to the filmmakers during the Oscar ceremony:

Congrats to Julia and Steven, the filmmakers behind American Factory, for telling such a complex, moving story about the very human consequences of wrenching economic change. Glad to see two talented and downright good people take home the Oscar for Higher Ground’s first release. https://t.co/W4AZ68iWoY